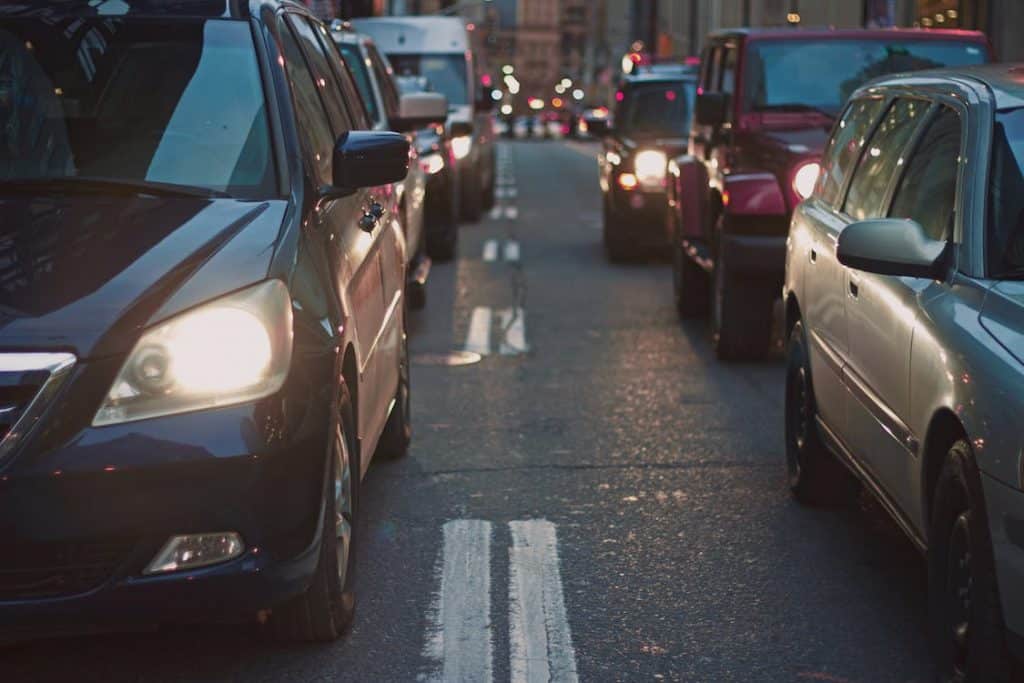 Getting in an automotive accident is often an overwhelming and frustrating experience. Regardless of who caused the accident, you may be left to deal with damage to your vehicle and pain and suffering caused by injuries sustained. Even a seemingly minor accident can cause major damage, which it’s why it’s important to know what to do in this situation. One common type of accident is known as sideswiping. Learn more about what it means to be sideswiped and what to do.

What Does Sideswiped Mean?

A sideswipe collision occurs when the sides of two vehicles make contact with one another. In some cases, getting sideswiped happens when both vehicles are traveling in the same direction, and in others, it happens when traveling in opposite directions. A driver could also sideswipe a car that’s parked on the side of the road if they aren’t paying attention or getting too close. Although this type of collision might seem minor, it can cause significant damage that affects the ability to get in and out of the vehicle or drive it.

Getting sideswiped can cause a driver to lose control of their vehicle, which can lead to overcorrection and swerving. In this case, the driver may collide with something else, causing more damage. Some of the most common causes of sideswipe collisions include:

A vehicle can sustain various types of damage as the result of being sideswiped by another vehicle. The most common damage occurs to the doors on the side that was hit, the side mirrors, and the quarter panels. In some cases, the wheels can also sustain damage. If the impact caused the driver to lose control of their vehicle and they crash into something else, the damage can be more severe.

What to Do After Getting Sideswiped

If your car is sideswiped by another driver, you should approach the situation as you would in any other collision. The first step is ensuring that all parties pull over to the side of the road if possible. If you’re able, call 911 to request assistance from a police officer. Give the emergency dispatcher all relevant information, such as your location and whether there are any injuries, and they can determine whether to send an ambulance or any other services to the scene of the accident. If you can drive your vehicle, make sure it’s parked in a safe place where it won’t be hit by other cars.

The next step is exchanging information with the driver who sideswiped your vehicle. Make sure to get their name, contact information, and auto insurance details. You can use your cell phone to take pictures of all involved vehicles and the location in which the collision occurred. If you talk to the other involved parties about the situation, never admit fault in this situation. When the police officer arrives, they will take statements and provide a report to the insurance companies, who can determine fault.

Another important step is contacting your auto insurance provider, regardless of who is at fault. If the other driver is determined to be at fault, their insurance coverage would pay for the damages to your car, as well as treatment for any injuries you may have sustained. In some states, known as no-fault states, the driver’s insurance pays for damages regardless of who caused the accident. By contacting your insurance company, you can start the process of getting your car repaired and seeking any necessary medical treatment.

What to Do If You Sideswiped Another Vehicle

If you accidentally sideswiped another vehicle, the steps to take are similar to those taken if someone else sideswiped you. You need to pull over and contact the police, exchange information, and contact your insurance company to file a claim. Even if you feel that the accident was your fault, you still shouldn’t admit fault while on the scene.

How To Avoid Sideswiping Another Car

Since sideswiping can cause significant damage to both involved vehicles, it’s important to exercise caution when making certain maneuvers on the road to reduce your risk of this type of collision. If you’re changing lanes, make sure to check your blind spot and be aware of nearby vehicles when taking action. If you change lanes into a vehicle that was already in that lane, you will likely be deemed at fault. But if you and another driver tried to change lanes at the same time, resulting in a sideswipe collision, you could both be held responsible.

Texting is one of the most concerning distractions, as it causes a driver to take their eyes off the road for multiple seconds at a time. Simply reading or sending a text takes about five seconds, and if you’re driving at 55 mph, that translates to driving about 100 yards without looking at what’s ahead. You can reduce the risk of getting involved in a sideswipe collision by eliminating distractions and focusing on the road. Any non-driving activity you participate in while behind the wheel increases your risk of crashing.

If you’re involved in any type of collision, including a sideswipe collision, it’s important to take immediate action. Continuing to drive or leaving the scene of an accident you may have caused is illegal and not worth the risk. A car that has sustained major damage isn’t safe to drive, and committing a hit-and-run that caused serious bodily injury could result in a third-degree felony charge. You can protect yourself by becoming a safer and more aware driver while minimizing distractions.