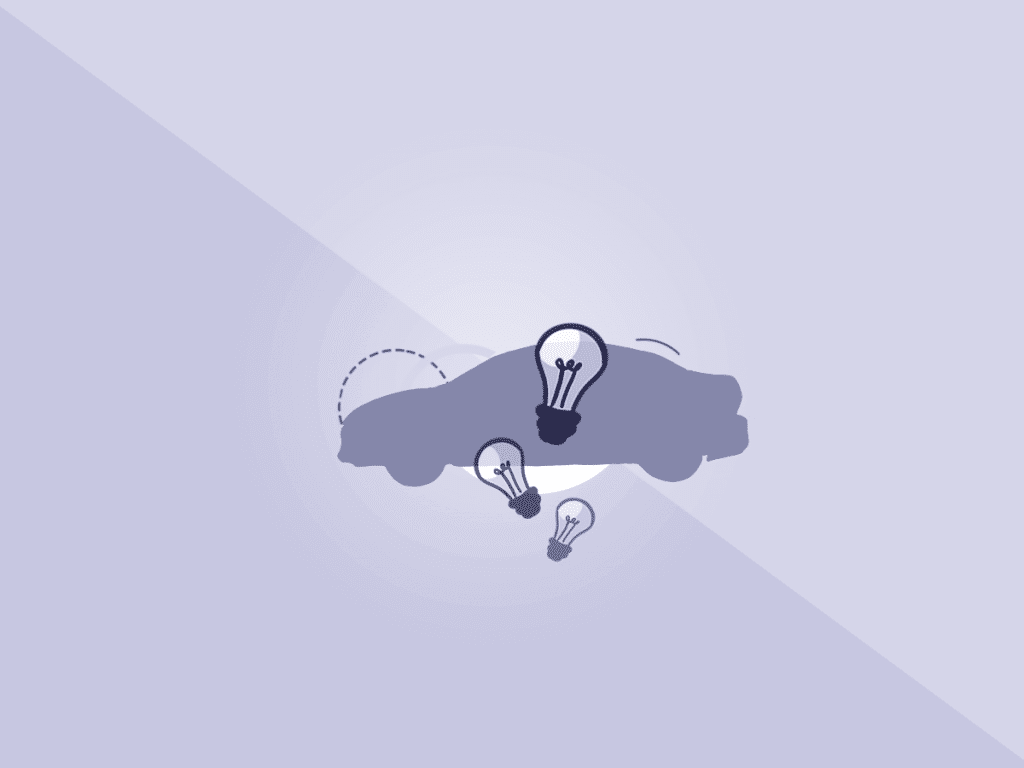 History is amazing, and sometimes weird, too.

Did you know that the same person founded American luxury rivals Cadillac and Lincoln? Or that the first electric Porsche is not the modern Taycan, but from the late 1800s? Read on to learn more about these and other interesting car facts you never knew.

The Love Bug has been bringing smiles to people’s faces since 1969. Like all great racing movies, Herbie, the Volkswagen Beetle that stars in the Disney film, has become an iconic character in movie history. But do you know where the number “53” came from? Apparently, producer Bill Walsh was a big Dodger’s fan and christened Herbie with the same number as Dodger’s pitcher Don Drysdale.

Who doesn’t love a classic James Bond film? In over 24 films, Bond has mainly driven Aston Martins. The agent is synonymous with this iconic brand, despite his brief departures to Lotus and BMW. But did you know in the book series the 007 franchise is based on, Bond originally drove a Bentley 4.5 litre? It was known as “Blower Bentley,” named for its supercharger that added extra power. Only 720 of these were ever made, and Bond was one of the lucky owners apparently.

Best Car For the Drive-In

Socially distanced movie viewing? Thanks to the COVID-19 pandemic, the U.S. is seeing a resurgence in drive-in theatres. And according to cars.com, the #1 car to take to the drive-in is the Volkswagen Atlas 3-row SUV. Not only does it comfortably seat 7 passengers, but the premium 12-speaker audio system will take your movie viewing experience to a whole new level.

Drive Me To the Moon

The distance from the Earth to the moon is 238,900 miles, hardly an astronomical distance. In fact, it’s well within the mileage most cars drive in their lifetime. If cars could fly, it would only take you about a month to get to the moon going an average of 60 miles an hour. You might want to take an RV with its own life support system, though.

The world’s highest total mileage ever clocked by a single car was 2,850,000 miles. That’s the same as driving around the world 100 times.

RELATED: Keeping Your Car Running for a Million Miles

RELATED: 6 Proven Tips to Get Your Car to a Million Miles

Waiting until the last minute to fill up? Running your car low on gas is actually bad for it. Gasoline contains small particles of dirt and debris that can settle in your gas tank. When it’s low on gas, that debris can make its way into the fuel pump and cause damage to critical engine parts. As a rule of thumb, it’s best to keep at least ¼ tank of gas in your car at all times to keep it running smoothly.

Unless you’re a huge Back to the Future fan like some of us at FIXD, you probably don’t know these fun facts about the DeLorean …

The 1985 cult classic has a following of diehard fans, and perhaps it’s most beloved character is Doc’s car, the DeLorean DMC-12. Today, there are only about 6000 of these cars left on the market. And while it may have been used for time travel in the movie, the reality is that this was not a supercar. It was actually very slow and poorly manufactured.

Due to the lack of experience from the DeLorean’s builders, it didn’t even come painted and only produced a measly 130 horsepower! But as Doc Brown said, “The way I see it, if you’re gonna build a time machine into a car, why not do it with some style?” Indeed, the movie would likely not be the monumental success it was if it featured a time traveling Ford Tempo.

Lastly, Marty McFly may have gone back to the future traveling at 88 mph, but the speedometer on stock DeLoreans only went up to 85 mph. The Jimmy Carter administration passed a mandate to limit speedometers from reading more than 85 mph to discourage speeding. If the speedometer didn’t read any higher, people wouldn’t drive any faster, right? Pretty much every teenage kid with one of these cars and a need for speed has proved this theory to be false.

The production crew had to build a custom speedometer with a higher speed readout to get around this issue.

The Need for Speed

The first speeding ticket ever issued in the U.S. took place in 1899, and it was given to an NYC taxi driver who was going an astonishing 12 mph! (Back then, New York’s speed limits were from 4 mph to 8 mph.)

Meanwhile, the most expensive citation issued was in Switzerland for $1,000,000. OUCH. Swiss speeding fines are determined by the wealth of the driver and the speed on the ticket. In this case, both of these numbers were high enough to justify the million dollar speeding ticket under Swiss law.

In the early 1900s, there were more cars powered by steam and electric than gasoline. In fact, way back in 1898, Porsche’s first car design was an electric vehicle that could go up to 21 mph with a range of 49 miles on a single charge!

Ever wondered how many people can actually fit into a smart car? Well, the world record is an impressive 19 girls! No idea how they would actually drive, but now you know what’s possible!

The average car contains over 30,000 parts. Frankly, it’s amazing our vehicles don’t break down more often. To make things even more complicated, everything (engine, transmission, brakes, power steering, windows, you name it) on newer cars is controlled by a computer!

The third-generation Corvette was getting long in the tooth by 1982, having been in production since 1967. To make up for lost time, Chevrolet wanted to make its replacement as updated and high-tech as possible for 1983. Unfortunately, this process took much longer than expected, long enough that Chevy decided to release the fourth-generation car to the public as an early 1984 model, skipping the 1983 model year entirely — almost. Many say there are no 1983 Corvettes, but Chevy built 43 pre-production and pilot line cars to test before selling them to the public. Precisely one of these cars is still around today. That one and only 1983 Corvette is on display at the National Corvette Museum in Bowling Green, Kentucky.

The real star of the TV show Knight Rider was KITT, a 1982 Pontiac Trans Am modified with futuristic technology like car phones, in-dash navigation, and a talking computer personality. (Many of these science fiction creations have become science fact today. I’m still holding out for Turbo Boost.) In its time, Knight Rider was so popular that Pontiac asked the producers to stop referring to the car as a Trans Am because people were asking to actually buy KITT at dealers.

Originally, though, KITT was never supposed to be a Trans Am at all. He was supposed to be the pinnacle of American sports cars, the Corvette, specifically the new-for-1983 fourth-generation model. As you now know, that car was delayed far too long to make the September 1982 air date of the first Knight Rider episode. They switched to the new third-generation Trans Am instead, which was the top American sports car available in the Corvette’s absence.

Cadillac and Lincoln Have the Same Founder

In 1902, the Henry Ford Company went bankrupt. Yes, that Henry Ford. This was a failed automotive venture prior to the successful Ford Motor Company of today. Henry M. Leland was brought in to appraise the Henry Ford Company’s factories and tooling prior to liquidation. He did so, and told the investors that liquidation was a mistake. Instead, he proposed using the factory to build a new car instead. This new car would be called the Cadillac, a luxury brand that remains alive and well today. General Motors bought Cadillac in 1909, and Leland was forced out of the company in 1917.

Later that year, Leland created the Lincoln Motor Company to build the V12 Liberty aircraft engine for the military. After World War I, Lincoln switched to building luxury cars. The company soon failed in 1922, and the roles reversed as the Ford Motor Company bought Lincoln for $8 million, just half of the $16 million that the assets alone were worth. Revenge against Leland for turning his old company’s assets into Cadillac, a major competitor, was Henry Ford’s primary motivation in the purchase. However, Ford also turned Lincoln into a successful luxury brand that continues to this day. Lincoln likely would’ve faded into obscurity like so many other early auto manufacturers without Henry Ford’s intervention.