!!!THIS IS EXTREMELY IMPORTANT INFORMATION!!!

After about 100 years of waiting, Game of Thrones fans’ prayers were finally answered when the show premiered its 8th and final season last Sunday. FIXD’s office (which is filled with GoT fanatics) has been abuzz with heated debate for months now over the fates of our individual favorite characters, and at a certain point, we had pretty much gone over every theory, every hint from past seasons, and every behind the scenes clue we could find. It was around this time when our automotive-inclined FIXD brains starting joking about how certain characters totally embody some unique styles of cars, and we decided to go and make a list of which car each character would be! We promise you, this information will change your life! Also, this post contains A LOT of GoT spoilers, so proceed at your own risk!

Ned Stark (Sean Bean) is the late 80s jeep wagoneer. This was the “gold standard” for the Sport Utility Vehicle. It’s wood paneling sides date the vehicle in a way that only now could be considered cool. At least cool in a hipster kind of way. The 1987 version even had white-wall tires! Man, that car was so cool & reliable. Nothing could stop them. Then they were suddenly discontinued in 90’s.

Jon Snow AKA “The Dude Who Knows Nothing”

John Snow would be a Toyota 4Runner. He’s reliable, a little rugged, smaller than his sequoia counterpart, but damn, he’s basically immortal. Also, he looks good in black.

Daenerys Targaryen AKA “Queen Daenerys Stormborn of the House Targaryen, the First of Her Name, Queen of the Andals, the Rhoynar and the First Men, Lady of the Seven Kingdoms and Protector of the Realm, Lady of Dragonstone, Queen of Meereen, Khaleesi of the Great Grass Sea, the Unburnt, Breaker of Chains and Mother of Dragons”

Dany would be the Jaguar XK120 1948. This sports  car was born in post-war, uninspired Britain, and it’s strong, beautiful design championed Britain’s claim that it wasn’t going quietly into that good night. The creator William Lyons was a design prophet, and elegantly designed every line to perfect it’s allure, but looks weren’t skin deep. Under the hood the XK120 had new dual-overhead-camshaft inline six-cylinder 210-cubic-inch engine with hemispherical-or “hemi”-combustion chambers. It was the fastest consumer car of its time. A gorgeous car with fire under the hood.

Tyrion Lannister AKA “The Cleverest Person Ever”

Cheeky, intelligent, and severely discounted, Tyrion Lannister is the 2017 BMW i3. This guy is making big changes in the luxury smart car market and is helping pave a new path to the future. It’s intelligent, efficient, and ugly as hell, and while Dinklage isn’t difficult on the eyes, in the books, he’s a little monster. Just like our friend, the BMW i3.

Twyin Lannister is the 1925 Rolls Royce Phantom. The Phantom is renown for having the highest level of luxury and self-indulgence. First built between 1925 and 1931, the Phantom’s design was crafted by some of the worlds best designers dawning a style that screams luxury and high-class. With a deadly black gloss finish with Lannister Red on the inside – It’s also slightly terrifying.

Arya Stark AKA “The Coolest Person Ever”

Arya Stark, at the beginning  was a Nissan Leaf! Cute, unassuming, and just like it’s environmentally friendly-owners, angry for being discredited. But she quickly “danced” her way into the assassin-like Tesla Roadster. Quiet, powerful, and painfully cool.

Yara Greyjoy would be a car that’s dangerous on land & sand, popular with ladies & the gents. The Watercar Panther! Modeled after the Amphicar of the 1960’s, this new “Panther” holds the Guinness world record for being the fastest car on water. Why a panther? Because a water panther would be terrifying, and Yara can certainly be terrifying(ly awesome).

Our lovable Sam would be the 2019 Honda Odyssey, safe, intelligent, and roomy, but don’t let it fool you. This thing packs a punch. 0 to 60 in 6.9 seconds with a 3.5 liter V6 engine that produces 280 horse power and 262 lb’s of torque. It also has a multi-angle review camera, remote entry, push to start, 8 inch touch screen display, 7 speaker surround sound, bluetooth, hands free text messaging, and count em – 2 Usb ports. All topped off with the ability to hold 36 cups of water & a moonroof.

If you want to see our ENTIRE list of character-car dopplegangers, watch the video at the top of this article! If you have any ideas about what car you think a character would be, tell us in the comments and our office will debate your opinion vigorously! 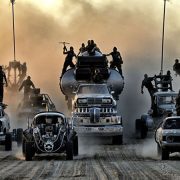 Cars in the Apocalypse? We’ve Been Lied To!

The FIXD Founding Story & Why We Care 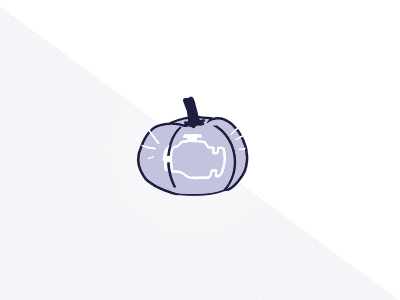 Cheap Motorcycle Insurance: Everything You Need To Know

How To Compare Car Insurance Rates

What You Need to Know About Collision Insurance