I Found This Hidden Museum for Pontiac Lovers on Route 66 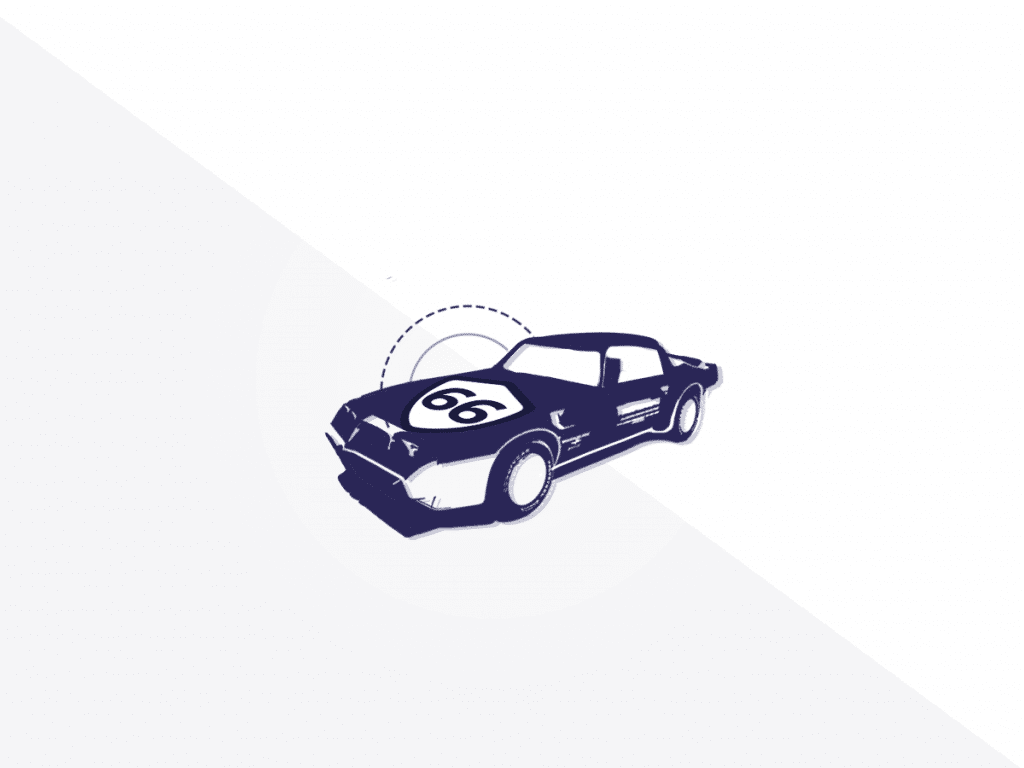 The Pontiac-Oakland Museum is a must-see for fans of the Pontiac brand.

As one could imagine, the fabled Route 66 has countless attractions all about cars. One that I recently discovered was the Pontiac-Oakland Museum, dedicated exclusively to Pontiac automobiles. Appropriately, it’s located in the small town of Pontiac, Illinois.

I recently discovered this place near the beginning of my road trip down the entirety of Route 66, from Illinois to California. We’ll be bringing you more of this road trip later, but this particular stop is worth calling out, especially for any fans of Pontiac automobiles.

The Pontiac Museum Is a Recent Addition

Though many Route 66 attractions date back to their heyday in the 1950s and 60s, the Pontiac-Oakland Museum didn’t exist until 2011. Pontiac enthusiast Tim Dye was driving home from a show in Chicago when he noticed the Illinois town of Pontiac mentioned on a sign. He took a detour to investigate.

The town of Pontiac is already home to a number of museums, including the Route 66 Museum, the Livingston County War Museum, and more. Although GM’s Pontiac Motor Division had nothing to do with Pontiac, Illinois, except for having a name in common, they embraced Tim Dye’s idea of adding a museum dedicated to the brand to the downtown area. Less than a year later, the Pontiac-Oakland Museum opened.

So What’s an Oakland?

The Oakland Motor Car Company was the predecessor to Pontiac. It was GM’s entry-level brand until they bought Chevrolet in 1917. During the 1920s, a significant price gap formed between Chevrolet and Oakland. This led to the creation of the Pontiac brand to fill the gap, named for Oakland’s home in Pontiac, Michigan. GM also added the Viking, Marquette, and LaSalle brands to fill other price gaps between models.

After the Great Depression hit in 1929, GM found itself with too many divisions on its hands. Back then, each division built its own platforms and engines, without the parts sharing that’s become common today. GM shut down several divisions, including Oakland, but kept Pontiac. History would repeat itself in 2008 with another economic crisis. Once again, GM would shut down several of its brands, only this time Pontiac didn’t make the cut.

As the company that spawned Pontiac, the Pontiac-Oakland Museum includes Oaklands as well.

From the moment you walk in, you’re surrounded by some of the most notable examples of the Pontiac brand. While their displays rotate, a current one features the GTO, with examples of both a 1965 model and a 1970 GTO Judge.

If you’re not a Pontiac expert — and I certainly am not — there’s plenty of information about each featured car’s history and why they’re important enough to be featured in the museum.

Between Smokey and the Bandit, The Rockford Files, and Knight Rider, one of the most recognizable Pontiac models is the Firebird. Originally little more than a Pontiac version of the Chevy Camaro, the Firebird developed its own distinctive personality over the years. It was more upscale than its Chevrolet sibling, slotting nicely into GM’s sports car offerings between the common Camaro and top-of-the-line Corvette.

While performance versions normally had V8 engines, fuel economy and emission standards implemented in the 1970s led to the end of big horsepower numbers until technology could overcome that problem. In just 18 months, Pontiac engineers took their 301 cubic inch V8, added a turbocharger and an electronic controller from Buick, and introduced the Turbo Trans Am. It made almost as much horsepower and torque as the 400 cubic inch engine it replaced, disproving the old saying “there’s no replacement for displacement.”

The museum has an example of this engine on display, signed by two of the engineers who designed it.

The story of the Pontiac Fiero is an interesting one. In the late 1970s, young engineers dreamed up a mid-engine, V6 sports car as a new way for Pontiac to build a sports car after new emission regulations strangled the horsepower of the big V8s. But GM executives didn’t want Pontiac to have a sports car beside the Firebird, fearing that it would cut into Corvette sales. Pontiac sold management on the idea by describing the Fiero not as a sports car, but as an efficient commuter car that would boost the company’s fuel economy ratings. Management bought it, and that’s how Pontiac got the Fiero approved for production.

All kinds of new ideas came out in the Fiero. One of them was its space-frame design. Cars had always been built with a body attached to a separate frame containing the running gear. Instead, the Fiero’s structure was fully integrated into one unit, with roughly 280 separate galvanized and high-strength steel stampings joined by 3,800 welds. The body panels were decorative, not structural, and were made out of plastic. This type of construction was revolutionary at the time, but would later be used in the more pedestrian Saturn S-Series.

Also on display is a one-of-a-kind prototype of a 2+2 Fiero. Yes, that’s a Fiero with a back seat! It started life as one of Pontiac’s original Fiero prototypes and was later stretched into this version to see how well it would work as a four-seater in 1984. While Pontiac never built another 2+2 Fiero, the design updates and larger wheels featured on this prototype would become the new design for the production Fiero starting in 1986. They appeared on this prototype for the first time two years earlier.

Of course, any good museum has a few surprises in store, as well as the favorites. Take, for instance, this camper setup based on a rare 1978 Pontiac Phoenix hatchback. Only 3,252 of these were made. Even more rare was this tent setup, designed to fit over the open hatch to turn the back of the car into a sweet little camper. I’ve seen tents like this for SUVs, minivans, and even the Toyota Prius, but never for something like a Pontiac Phoenix. It looks great for weekend getaways.

Before Oakland, there was yet another Pontiac: the Pontiac Buggy Company. Founded in 1893, they built horse-drawn carriages and even sleighs. The Pontiac Buggy Company became one of Pontiac, Michigan’s largest employers for a time. As the 20th century came along, founder Edward M. Murphy realized that the buggy’s days were numbered as cars began to take over, so he founded the Oakland Motor Car Company in 1907. General Motors then bought Oakland in 1909, which would later become Pontiac once again.

Be sure not to overlook everything else the Pontiac-Oakland Museum has besides just the cars. This place is packed with other bits and pieces that will interest hardcore fans of the brand. For example, one display is dedicated to Pontiac’s engines, back before all of the GM brands shared the same designs. This includes the 301 cubic inch turbo V8, signed by its designers, that went in the Turbo Trans Am.

There are also display cases containing anything and everything Pontiac. A mannequin models the clean white uniform that service technicians used to wear. (I can’t imagine that it stayed clean or white very long!) There are books, brochures, models and toys, and pretty much everything else a Pontiac enthusiast could dream of. This is why the full name of the Pontiac-Oakland Museum and Resource Center. It truly is a resource for any information related to Pontiac.

Even if you’re not a Pontiac fan, this museum is a great place to visit for even the casual enthusiast. It’s a fun way to learn about the history of a now-dead brand. Pontiac may be gone, but it’s certainly left its mark on the car world, just like Studebaker, Packard, and other brands that have long since departed.