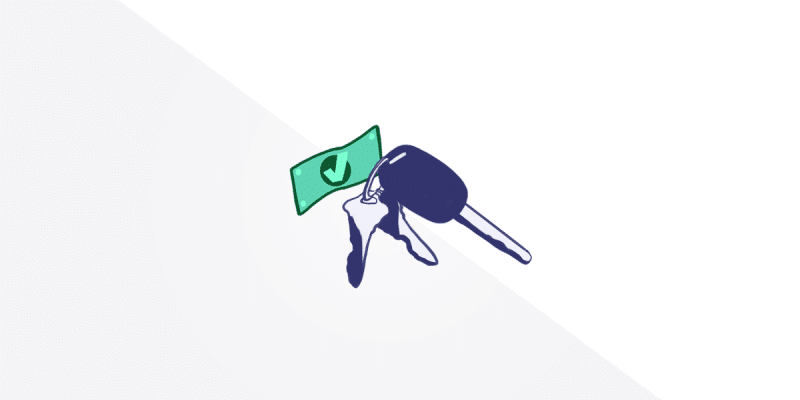 Thinking about buying a new car but taken aback by how expensive car prices are right now? A little bit of inflation is to be expected, but during the past year and a half prices of both new and used cars have skyrocketed. Why is that? What should you do if you’re considering replacing your car?

Here at FIXD, it’s our mission to give you the transparent information you need to make an informed decision about your vehicle, whether that means maintaining and repairing an old car or buying a new one. If you’re wondering if you should buy a new car right now and why everything is so expensive, here’s what you need to know.

As with so many things since March 2020, the root of the problem lies with COVID-19. With the pandemic spreading rapidly, particularly in its early stages, countless workplaces shut down or switched to remote work when possible. Manufacturing is an industry that doesn’t exactly offer the option to work from home, so production slowed down or stopped completely for a wide variety of goods.

One thing that was hit hard during this slowdown was microprocessors. These aren’t just for computers and iPhones anymore. Your washing machine, your refrigerator, and even your electric toothbrush have a small microchip inside them. When the chip factories shut down, it caused a shortage affecting every other industry that uses them, which is pretty much everything these days.

Compounding that issue is the widespread practice of “just-in-time inventory.” Imagine if, instead of going to Costco and buying a giant package of toilet paper, you simply order a few rolls from Amazon when you need to. Under normal circumstances, this is both more convenient and more affordable than buying toilet paper in bulk. You also don’t need to set aside space to store a whole lot of extra toilet paper. This is why so many businesses have switched to this type of inventory model.

Now imagine that there is suddenly a massive shortage of toilet paper. We don’t have to imagine, because this actually happened in 2020. If you’re relying on just-in-time inventory, you’re up a creek without a paddle when you run out and can’t resupply. In the case of a business (like the car manufacturing industry) that relies on microchips it can no longer get, its production lines also come to a halt.

Compounding the microchip shortage is a shortage in new cars over the past year and a half. With microchips unavailable, manufacturers have been unable to build new cars in the quantities they expected.

In the early stages of the pandemic, this wasn’t a major problem. People weren’t driving as much since many businesses were either shut down or had switched to remote work. Rental car companies sold off much of their fleets because people weren’t traveling. This gave auto sales a brief reprieve.

As businesses have reopened and people have gone back to work, however, the demand for new cars has returned. About 40% of US households make a car purchase of some sort every year, and this year there could be even more due to pent-up demand from purchases delayed in 2020. Even worse, that demand is happening all at once.

The automotive industry, however, has not recovered from the chip shortage. As recently as August 2021, Honda informed dealers that they would be delivering 40% fewer of certain models than planned due to a combination of the chip shortage and a resurgence of COVID-19 at their factories in southeast Asia.

This is just one of the most recent examples of how the pandemic and chip shortages continue to affect the entire automotive industry. Everyone’s production numbers are down, and the supply has decreased, but the demand is still there. Anyone who’s taken a course in basic economics knows that low supply and high demand equals higher prices. That’s why we’ve seen the average price of a new car rise from $38,000 to over $42,000 between February 2020 and June 2021.

With new cars either unavailable or unaffordable, potential new car buyers are looking at the used market instead. To add another layer of complexity to the shortages we’re seeing, people are keeping their cars longer, so there’s not a fresh turnover of used cars every few years like there was in the past. Long-term car loans lasting six, seven, or eight or more years are also preventing some people from selling their cars because they still owe more on the loan than the car is worth. Because of all this, the average age of a car on the road is higher than ever, around 12 years old.

As people begin traveling again, rental car companies are looking to buy more cars to increase the size of their fleets once again. They, too, are unable to buy enough new cars to satisfy that demand. For the first time ever, rental companies are buying gently used cars at auction to add to their fleets.

Steven Lang is a car dealer owner with 18 years of experience in the industry. He also co-developed Dashboard Light, a long-term automotive reliability study and quality index. According to Lang, another factor is the rise of big “box stores” such as Carmax and Carvana. They offer consumers a large selection of cars available online, saving them from not only possible exposure to COVID-19 in public but also a completely different buying experience, more like buying anything else in a store or online than a typical dealer.

These online “dealerships” even make it easy to sell your current car with no obligation to buy one from them in return, which is exactly how I sold my Subaru WRX last year. These large companies have a great deal of buying power in the used car market, and they exercise it to buy huge numbers of used cars. Their no-haggle pricing is higher than a regular dealer, while their trade-in prices (including if you simply sell them your car as I did) are lower. Part of what you pay for is the convenience of having them take care of all of the details for you.

So, despite an initial surge of used car availability at the beginning of the pandemic, there is now so much demand for cars, new or used, that used car prices have also surged upward. In recent history, Lang has seen a 2007 Dodge Ram pickup truck with 147,000 miles, a regular cab, two-wheel-drive, and a ripped driver’s seat selling for $10,000 at auction. According to Kelley Blue Book, such a truck should list for $8,100 on a dealer lot. Since it cost $10,000 at auction, the dealer that bought it would mark up the price even higher to make a profit on it.

To Buy, Or Not To Buy? That Is the Question

Given the low supply, high demand, and therefore high prices of both new and used cars right now, it makes more sense than ever to keep driving your current car rather than replace it. This remains true even if you’re not using your car very much. While you could make good money selling your car right now, you will have to spend at least as much, if not more, to replace it when the time comes. The only reason it might make sense to sell is if it is truly an extra car, one that you won’t need to replace anytime soon. Otherwise, you’re better off taking steps to properly maintain it and hanging onto it until the market stabilizes.

Fortunately, older cars are more reliable than ever, regularly reaching 200,000 miles or more without difficulty if you look after them. As long as you continue to perform the proper maintenance according to the manufacturer’s recommended maintenance schedule (which you can look up in the FIXD scanner and app), your best bet is to ride out the current bubble in the market until the chip shortage is over, manufacturers start supplying an adequate number of new cars, and prices return to normal.

How long will that be? Some experts are optimistic, believing that the chip shortage will be over later in 2021 and that the market will be completely back to normal by 2023 at the latest. Others are less optimistic.

Scott Keogh, CEO of Volkswagen Group’s North American unit, told Automotive News he doesn’t think the chip shortage will ease up until the second half of 2022, meaning that production and prices won’t return to normal until some time after that. Steven Lang agrees and believes that increased prices will likely continue for the next five years or so before the market finally balances out.

What If You Have To Buy a New Car Now?

Not all of us will have the luxury of waiting out the high price bubble before replacing our car. We might run into mechanical issues that will cost more than the car is worth. We might also have an accident and be forced to replace the car immediately, even though the insurance payout might not cover the current inflated replacement cost of the car. How can you be sure you’re getting the “least bad” deal possible?

Without hesitation, Steven Lang recommends taking your potential new car to an independent mechanic for a full inspection before buying it. They will be able to find issues that you can’t, that the seller may be unaware of, or that they may not be willing to disclose. This way, since you have no choice but to make a significant investment in a new vehicle, you can be sure that the vehicle will last a long time, and that you won’t have to go through this again before prices come down to reasonable levels.

Former car salesman Frank Eppolito also recommends giving the car a thorough inspection, as well as doing your homework and knowing exactly what you want and what you’re looking for before even going to the dealership. All of his 10 Commandments of Car Buying are worth keeping in mind when buying a new or used car.

If you can possibly avoid buying a car right now, then avoid it. It may mean investing a little bit more into your current car than you intended, but even if you do, you’ll save money overall because prices are so inflated right now. If you must buy a car now, be smart about it so that you only have to do it once before prices stabilize. 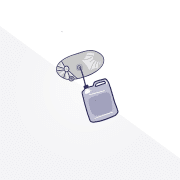 Transfer Case Fluid: What Is It and How To Change 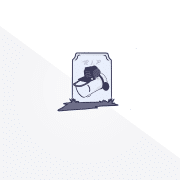 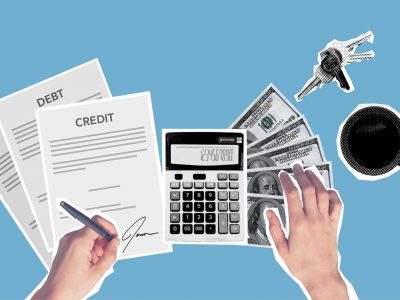 Not everyone gets the best rate when they finance a vehicle. The lowest ... 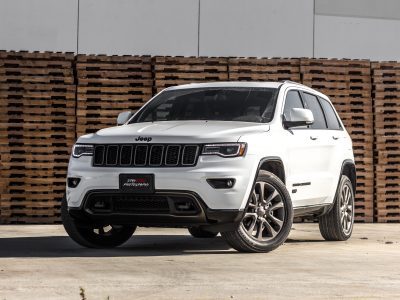 Whether you drive a compact car, a spacious SUV, or a large truck, you ... When you purchase a new Ford vehicle, you may take extra precautions to ... 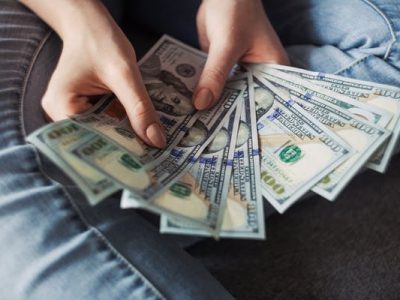 A Figure personal loan provides you with the money you need and comes with a ... What To Know About Getting an Extended Warranty Quote

When you’re considering purchasing an extended warranty for your vehicle, an important step in the ... 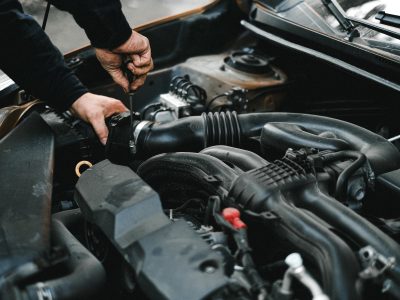 Nobody wants to deal with car trouble, and while some issues are small ...