Home > Car Culture The Women Who Raced Up Mount Washington

The Women Who Raced Up Mount Washington 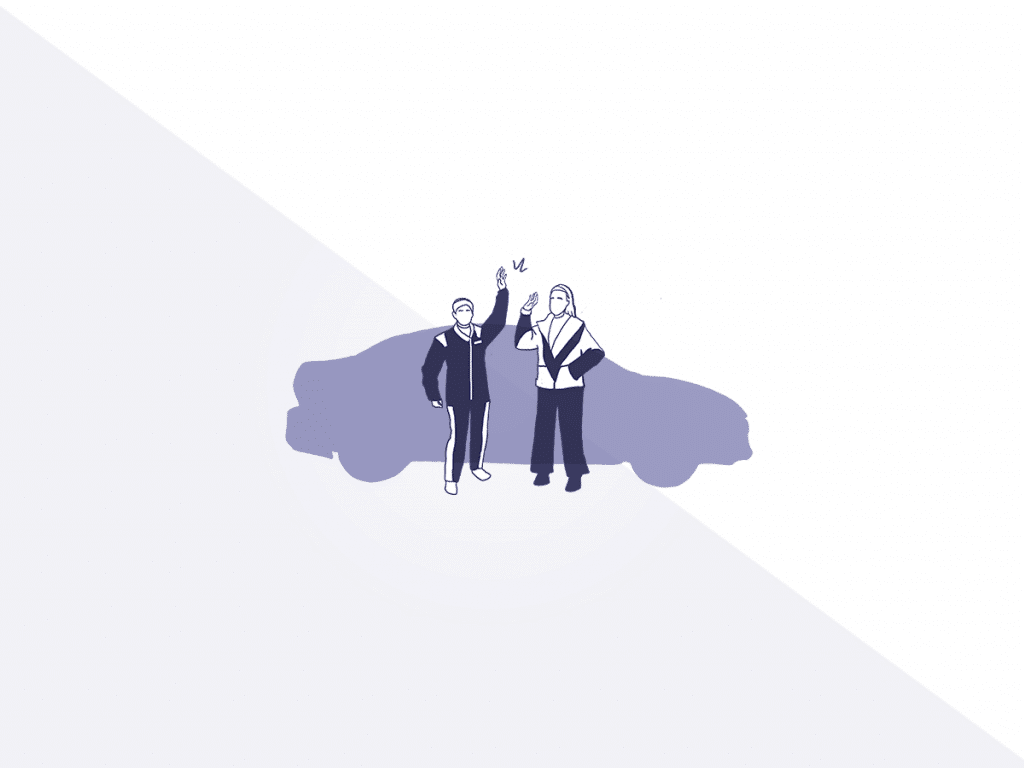 “Once we get behind the wheel, there are no differences between men and women.”

While auto racing has often been viewed as a man’s sport, there’s no reason at all why women can’t compete as equals. Three women did exactly that at this year’s historic Climb to the Clouds race up Mount Washington, New Hampshire.

At the event, I had the pleasure of interviewing all three of these talented rally car drivers. These are their stories.

“I’ve always been interested in cars but never saw racing as a thing I could get involved in,” says Denmeade. That’s a common story, particularly for women who can get intimidated by the men who tend to dominate the sport.

“Back in 2001 or 2002 my mother’s ‘new boyfriend,’ now husband of 20 years, raced and did the New England hillclimbs, and I got introduced to attainable motorsports. I met my husband at a hillclimb and he immediately knew he’d better get me in the driver’s seat at events or I’d be quickly bored of watching!”

Soon after, Denmeade found herself behind the wheel at her first race and hasn’t slowed down despite setbacks in this year’s Climb to the Clouds event.

Denmeade battled ongoing power steering issues throughout the weekend. She and her crew went through four power steering pumps, replaced all of the O-rings in the system, and made some suspension repairs as well. It all came together when it counted for the official timed runs.

“I finished 5th in class, right where I’d hoped to be,” said Denmeade. “I finished ahead of the two cars I knew I ought to be ahead of and a long way behind the four cars with WAY more power and Mount Washington experience. My car was never going to keep up with them even if I never lifted!”

Denmeade has been fortunate to not encounter much resistance as a woman involved in motorsports. “But,” she says, “almost every woman I know in the sport got here because of a man. I’d love to see that change. I’d love girls to see women at the top levels and know it’s something they can play in, too, of their own accord.”

On the other hand, some women find their way into motorsports without male intervention…

Amy Dilks jumped into motorsports headfirst, and literally does all the things.

Over the years, she’s tried her hand at autocross, rallycross, drifting, time attack, European endurance races, and wheel-to-wheel racing with the SCCA, NASA and Porsche Club of America. She’s been a co-driver (passenger who is responsible for explaining in great detail where all the turns are, what direction, how tight, and any hazards the driver needs to be aware of) for several rally and rallysprint events, most recently at the New England Forest Rally, which took place just two weeks prior to Climb to the Clouds.

Dilks first attended Climb to the Clouds in 2017, only to suffer a catastrophic engine failure on her first practice run. The motorsport community immediately descended on her car, found another engine, and replaced it, right there at the base of the Mount Washington Auto Road.

That’s quite a story in itself. She missed all of practice, but still raced on Sunday, finishing third in the High Performance Showroom Stock class with a best run of 7:54.99.

The car needed yet another engine, but Dilks was able to rebuild and install a replacement before heading to Mount Washington. Upon arrival, her car failed tech inspection, forcing her to spend the first day of practice rerouting her fuel lines inside the roll cage so that she could be cleared to race.

When Dilks finally passed inspection, she was still nursing a half-healed collarbone.

Unfortunately, Dilks’ drama didn’t end there. On her second official run, she was one of three drivers to hit the same rock and get a flat tire halfway up the mountain.

As the fighter she is, Dilks didn’t let any of these potential roadblocks stop her – or even slow her down for that matter. On the contrary, Dilks’ 7:40.851 second run was 12 seconds faster than her first! This won her second place in her class behind former Subaru factory driver Ramana Lagemann.

Both Catherine Denmeade and Amy Dilks are all too familiar with this next racer, as they were both co-drivers for her in the past.

Known as the “Princess” to her “Frog,” Margaret Sharron makes up one-half of the husband-wife rally car team Frog Racing.

You can’t go to a rally or hillclimb event in New England or Quebec without encountering Sharron and her husband Emmanuel Cecchet. But while there are many rally couples who co-drive, Sharron and Cecchet are unique in that each is a distinguished driver in their own right.

“He joked about buying me a race car and ‘borrowed it’ to do the Empire State Performance Rally for the first time in the Fall of 2015,” says Sharron about husband Cecchet. “I didn’t go with him because I had the kids, and I also didn’t feel like going away camping in the cold and rain for the weekend. At that point I had no idea what stage rally was. I didn’t really grow up with TV, and if I ever watched anything it was just the news. So when Manu came home with a third place finish in class and showed me the videos I was like, ‘That. That is what I want to do.’ I told him he was going to have to go get his own car!”

The following year, the New England Region SCCA began a rallysprint program, which is a great way to gain rally experience without the commitment or expense of a full rally event. This enabled Sharron to get behind the wheel of her own car for the first time before graduating to hillclimb events and stage rallies.

As aforementioned, two  of Sharron’s previous co-drivers are none other than Catherine Denmeade and Amy Dilks. At this year’s event, Jen Holden took the role of co-driver and hopped into what we often call “the silly seat” in rally to read the detailed notes about upcoming turns and road conditions as Sharron drove.

After sorting some minor electrical issues on the first day of practice, Sharron’s weekend was relatively problem-free. While Cecchet coasted back down the mountain with a blown engine after his first official run, Sharron had two excellent runs.

Her fastest time of 7:27.869 put her on the podium in third place in her class — ironically, behind Cecchet in second place despite his blown engine. However, Sharron’s time is the fastest any woman has ever driven up Mount Washington, and on a fraction of overall record holder Travis Pastrana’s budget.

Check out the video above to take a ride with Margaret and Jen and see how the Mount Washington Auto Road looks at race speed!

Auto racing may still be dominated by men, but these three racers hope to see that change by bringing awareness to the events and getting more women involved, whether as co-drivers or competitors.

“Everyone knows that once we get behind the wheel, there are no differences between men and women,” says Margaret Sharron. “Despite this, auto racing continues to be a male-dominated sport. As women, we need to promote our talents and the accomplishments of our fellow female drivers, to help pave the way for future female racers.”