The Honda Civic has had two potential issues that have resulted in a warranty extension in recent years. One is a manufacturing defect that can result in a cracked engine block for 2006-2009 Civics. The other issue affects 2016-2018 Civics and may result in engine failure. 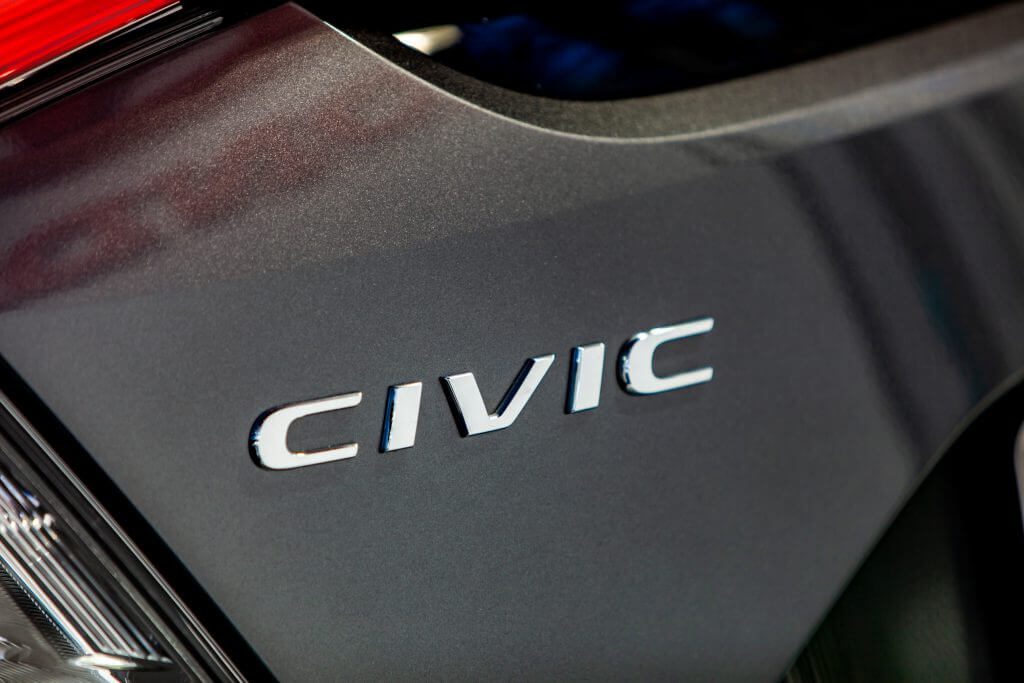 Sometimes, instead of issuing a recall for a design or manufacturing defect, an auto manufacturer will choose to extend their factory warranty coverage to address the issue. This enables the manufacturer to help owners of the affected cars feel better about the problem, but without the expense or damaged reputation that go along with a recall.

Here are two situations where Honda has done this with the Civic. One was an engine block manufacturing problem that affected 2006 through 2009 models. The other is a potential problem that allows gasoline to mix with the oil on 2016 through 2018 Civics with the 1.5-liter turbo engine.

The eighth generation Civic, made between 2006 and 2009, had a potential manufacturing defect in the engine block. This defect made the block weaker than it should be, sometimes resulting in cracks and coolant leaks. When this happens, the entire engine has to be replaced.

This issue affects the following 2006 through 2009 Civics:

You will need to run a VIN check on the NHTSA website to determine if your particular car is vulnerable to this problem.

Although many people refer to this issue as a recall, that technically isn’t true. There is no voluntary or NHTSA-mandated recall for this problem, despite it being a well-documented manufacturing defect. However, as a result of a class action lawsuit by Civic owners who experienced this problem, Honda issued this Honda service bulletin that extended the engine block warranty.

How long is the Honda Civic engine warranty?

Unfortunately, these cars are now old enough that even this extended engine block warranty has now expired.

What if I missed this service bulletin?

Owners have reported suffering this failure not long beyond the ten year mark and receiving no help from Honda whatsoever. If you own one of the affected cars, the engine will continue to be vulnerable to cracking due to its original manufacturing defect, with no recourse available from Honda if it fails. It may also never crack and continue to provide years of reliable service. There’s no way of knowing for sure.

If you are looking at buying a 2006-2009 Civic today, you will want to take the VIN to a dealer and have them verify whether or not the engine has already been replaced on the particular car you are considering. Honda’s replacement engines did not have this manufacturing defect, and are not vulnerable to this failure happening again. It may seem counterintuitive, but in this case it’s better to buy a car whose engine has already failed and been replaced under warranty. Any Honda dealer will be able to verify whether or not this was done.

Does a used engine come with a warranty?

That depends entirely on where you buy it. Some places offer no warranty at all. Others may offer a very short warranty, between seven and 15 days. This is long enough for the seller to claim to offer a warranty, but too short to be useful in the real world. It can take most or all of that time just to replace the engine. By the time the car is driving again and problems with the used engine crop up, the short warranty may already be expired, leaving you no recourse.

If you’re concerned about having a warranty on your replacement engine, make sure you get one that is at least 30 days long. Any problems that may arise from being sold a defective engine should make themselves known during that time, and enable you to get another replacement under warranty. But since these are used engines, don’t expect a warranty much longer than that. A salvage yard has no idea how an engine was, or was not, maintained during the life of the car, and can’t guarantee that it will last for years. All they can guarantee is that if you buy an engine from them, you will get an engine that works.

Newer Civics, specifically 2016-2018 models, as well as the 2017 and 2018 CR-V, with the 1.5-liter turbo engine have also received a warranty extension on certain components. Owners have reported problems with gasoline mixing with the engine oil. This dilutes the oil and reduces its lubrication ability. In extreme cases, insufficient lubrication could lead to engine failure.

To combat this problem, Honda has extended the powertrain warranty for the camshaft, rocker arm assemblies, and spark plugs to six years with no mileage limit. Only these specific components are eligible for the extension. Like the older Civics described above, this is not a recall, but an extension of the factory warranty on these cars based on numerous reports of the same issue.

The 2016-2018 Honda Civic has a basic warranty of three years or 36,000 miles, whichever comes first, as well as a powertrain warranty of five years or 60,000 miles, whichever comes first. The camshaft, rocker arm assemblies, and spark plugs on Civics with the 1.5-liter turbo engine have had their warranty extended to six years and unlimited miles due to this oil dilution issue.

How can I extend my Honda Civic’s warranty?

If your Civic is still within its factory warranty, you can get a Honda Care extended vehicle service contract, as well as many options from third-party providers. Most 2016-2018 Civics are no longer covered under the factory warranty as of 2022, aside from the powertrain warranty on low-mileage 2018 models.

Can I still get an extended warranty after the factory warranty expires?

How do I get an extended warranty?

To ensure continued coverage after your factory warranty expires, be sure to check out the CARCHEX+FIXD Vehicle Protection Plan. And remember, the best way to ensure warranty coverage (and prevent costly repairs in the first place) is to follow your manufacturer-recommended maintenance schedule. Get the FIXD Sensor and free app today for automated maintenance alerts based on your make, model, and mileage, easy engine diagnostics, repair shop finder, and more!