Diesel Exhaust Fluid: What You Need To Know 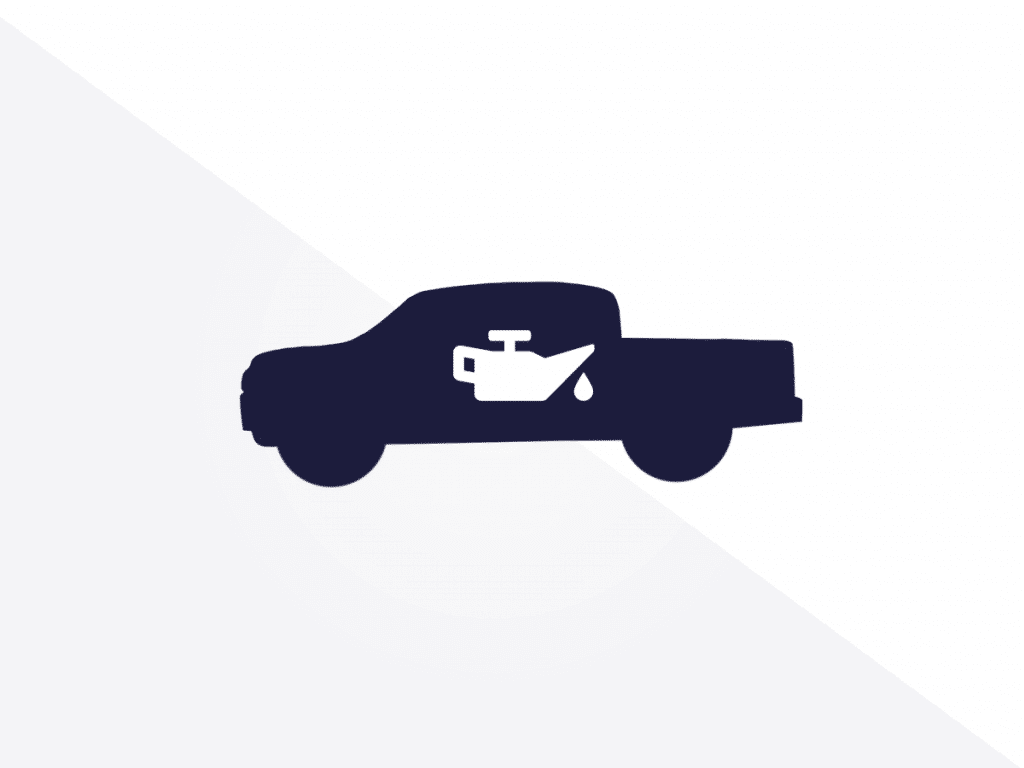 What’s this new-fangled fluid that diesel trucks use these days?

Not many cars in the United States use diesel engines, but they’ve always been useful in trucks. Big rigs have always used diesel engines since they’re better for hauling and towing heavy loads, and more fuel-efficient for such use. The same advantage applies to smaller trucks that we can buy for personal use, with most major manufacturers offering diesel engines as well as gasoline.

In recent years, something called “diesel exhaust fluid” has become a new addition to diesel vehicles. Most of us, including people who have extensive experience with diesel engines, have never heard of this before. What is it? Why do we need it now when we never did before? Read on for the answers to these questions and more.

What Is Diesel Exhaust Fluid? 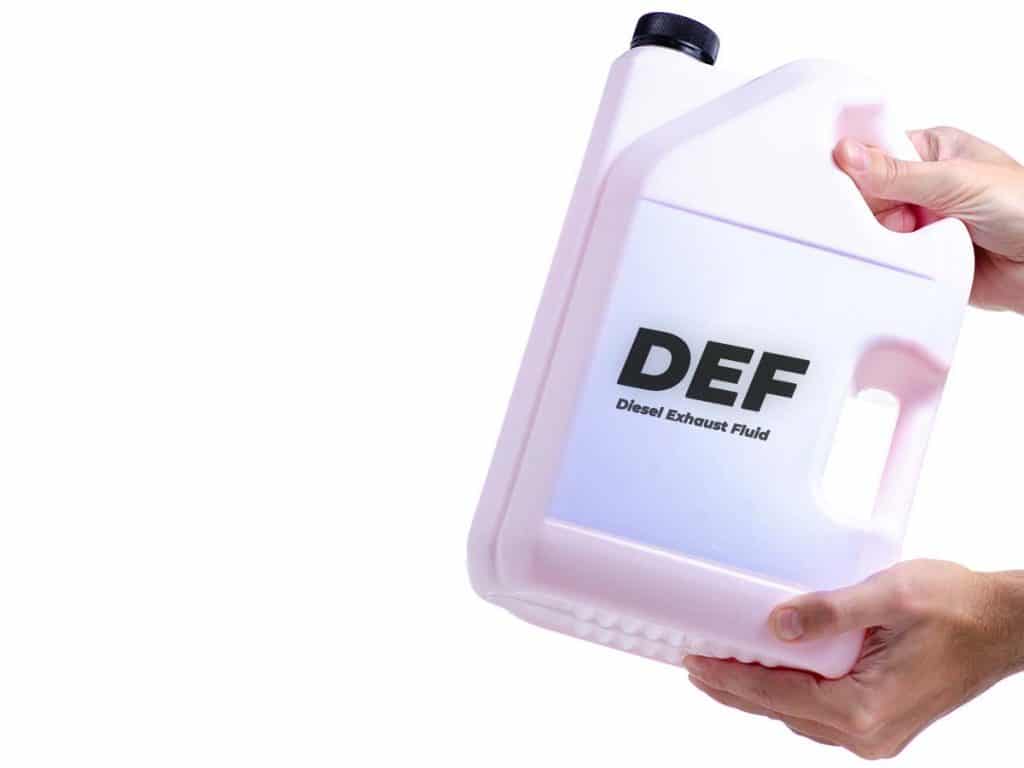 Diesel engines have been around since the 1890s, when the man for which they are named, Rudolf Diesel, invented them. Unlike gasoline engines, they don’t have spark plugs. Instead, the air/fuel mixture inside the cylinder spontaneously ignites from compression alone. This, plus the type of fuel they use, is the main difference between gas and diesel engines. For 120 years, there was no such thing as diesel exhaust fluid, also known as DEF.

Then, in 2010, the Environmental Protection Agency mandated the use of selective catalytic reduction systems in diesel engines to reduce their emissions. They require the use of diesel exhaust fluid in the emissions system. This is why DEF has recently become a thing, even though diesel engines have been around forever without it.

The new selective catalytic reduction systems inject a small amount of DEF into the exhaust stream, after the particulate filter, and before the catalytic converter. DEF is made of two-thirds deionized water and one-third urea. Yes, that’s the same compound found in urine (go ahead, laugh), but this is a much stronger, more potent version of it.

Why spray urea into the exhaust stream? The compounds in urea react chemically with exhaust gases and the catalytic converter. They transform toxic nitrogen dioxide and nitrogen monoxide into harmless pure nitrogen and water. These nitrogen-based toxic gases have been one of the worst problems of diesel emissions, but the selective catalytic reduction system, including DEF, takes care of it.

Why Do We Need Diesel Exhaust Fluid? 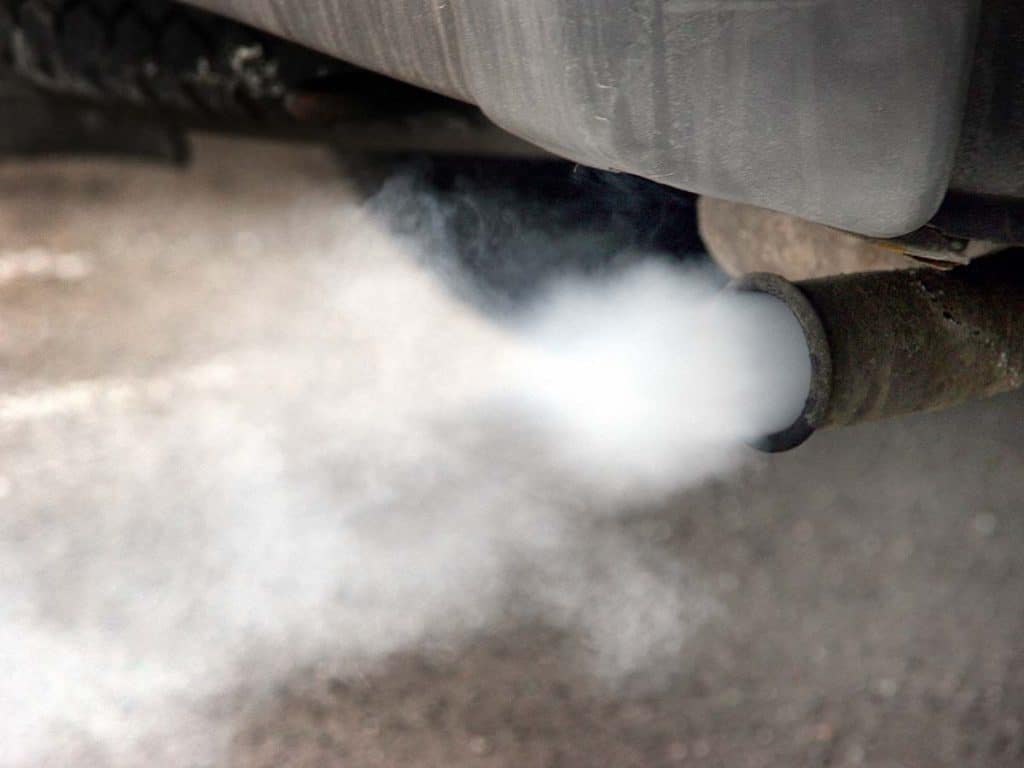 I remember years ago, I could not, for the life of me, get my little Honda Civic wagon to pass a Massachusetts emission test. Time after time it would fail. It was frustrating, especially when on my way home from the test I’d get stuck behind a dump truck belching thick clouds of dark smoke into the air. Yet I was the one getting dinged for emissions. Does that sound right to you?

It didn’t sound right to the EPA, either, which is why they clamped down on diesel emissions in 2010. The technology for selective catalytic reduction has been around for years, but until the EPA mandate, it was too complex and expensive to add to diesel vehicles. It’s also one more fluid you need to keep topped off.

When Do I Need To Refill My DEF? 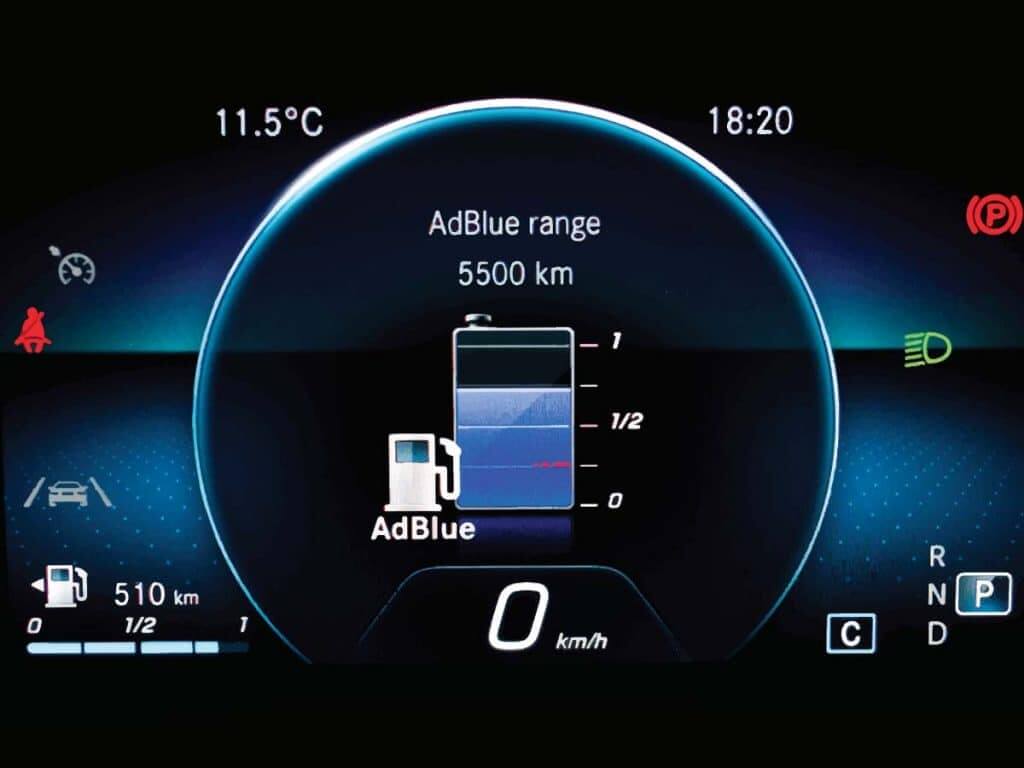 At some point, a dashboard warning will appear telling you that your diesel exhaust fluid is low and you need to refill it. How often this happens depends on your vehicle. It could be around the same time as an oil change, or it could be 10,000 miles or more. Don’t worry about refilling it until your car tells you to. If you have FIXD installed, the app will let you know when it’s time to top it off.

How Do I Refill My Diesel Exhaust Fluid? 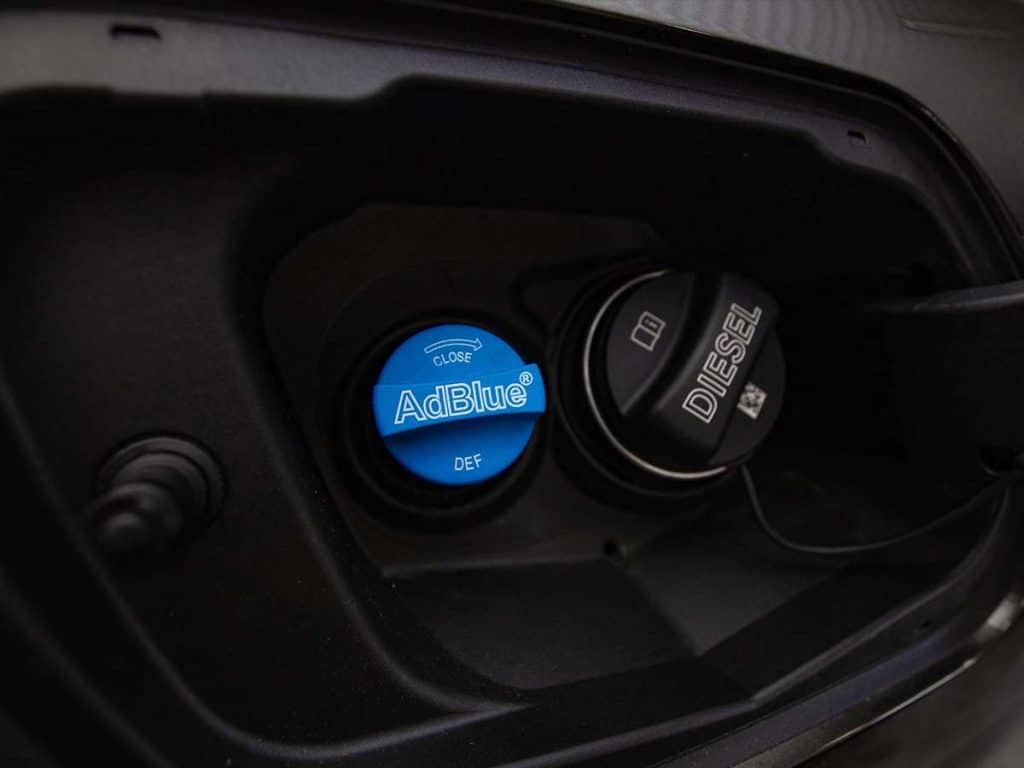 Most diesel vehicles that require DEF have a second inlet with a blue cap right next to where you pump diesel fuel into the tank. This makes it not only easy to access but also reminds you that once in a while you need to add DEF as well. 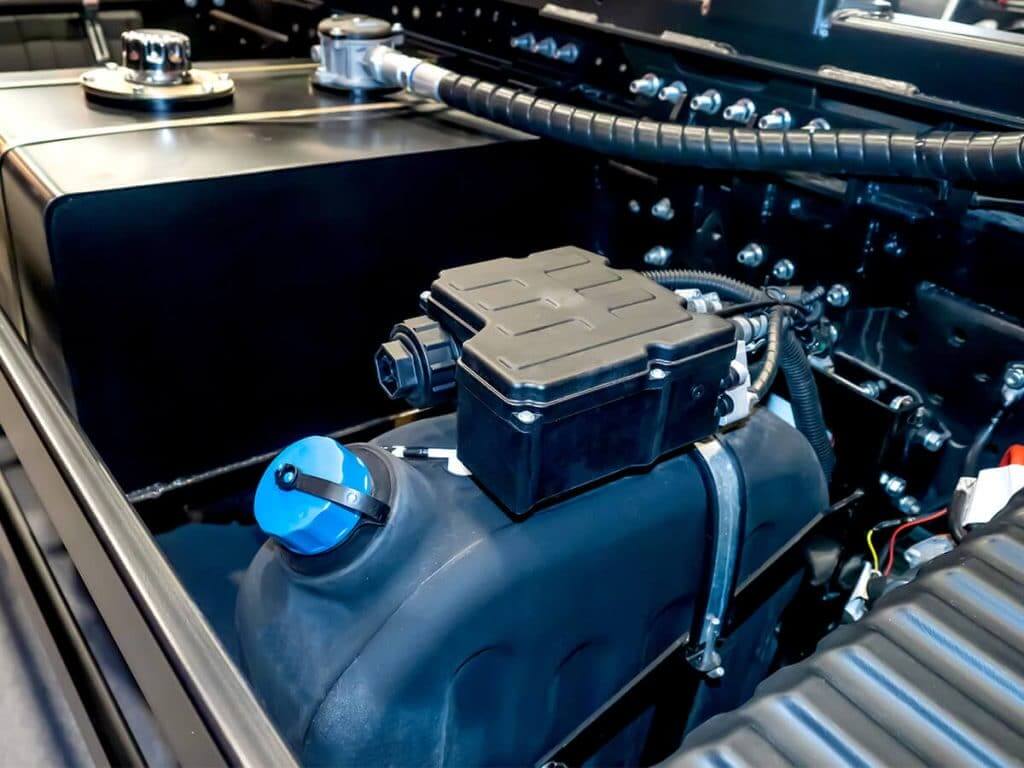 A few older vehicles have a separate filler port in the engine bay or trunk before manufacturers standardized the location by the fuel filler. Check your vehicle owner’s manual to find out for sure where yours is.

You can buy DEF in bottles at pretty much any auto parts store. Check your owner’s manual to see how much DEF you need to add when the refill warning appears. Most DEF bottles come with a nozzle that screws onto the top that you can insert into your car’s filler inlet. The only “special tool” you might need to refill is a funnel to prevent spillage if the bottle you get doesn’t include this nozzle.

Since big rigs also require DEF, you can sometimes find a DEF pump, similar to a regular fuel pump, at a truck stop. If you need more than a gallon or two of DEF, this might also be a convenient way to fill ‘er up.

What Happens If I Don’t Refill My Diesel Exhaust Fluid?

Some cars that use DEF have a gauge or menu item that will tell you how long it will be until you need to refill it. Some don’t. In either case, long before the DEF tank is empty, a dashboard warning will appear when the fluid is getting low. These messages can begin to appear more than 1,000 miles before it’s actually empty, depending on the vehicle, so it’s absolutely not an emergency when you first see it. As time goes on, though, these messages will become more and more urgent.

Car and Driver took one for the team and intentionally ran their long-term Range Rover test vehicle out of DEF to see what would happen. After they ignored several warnings, these warnings began to threaten “no engine restart” after a certain number of miles. This means you could drive to your destination, but once you turn the car off, it would not allow you to start it until you add DEF. These warnings counted down from 500 to 100 miles, until the stern message “No engine restarts possible” appeared on the dashboard. True to its word, the engine would not restart after that point.

Fortunately, the solution was simple: refill the diesel exhaust fluid. This particular Range Rover required a full refill of 4.8 gallons before it would start again. Once full, however, it fired up and drove off with no trouble whatsoever.

While the requirement to use and refill diesel exhaust fluid seems like yet another annoying bit of needless complexity, it’s really quite easy to do. It’s no more difficult than refilling your windshield washer fluid, and possibly about as infrequent. It also helps to keep the air we breathe cleaner, which is worth the minor expense and inconvenience of refilling one more fluid every few thousand miles.