Top 10 Auto Repair Jobs to Outsource Instead of DIY 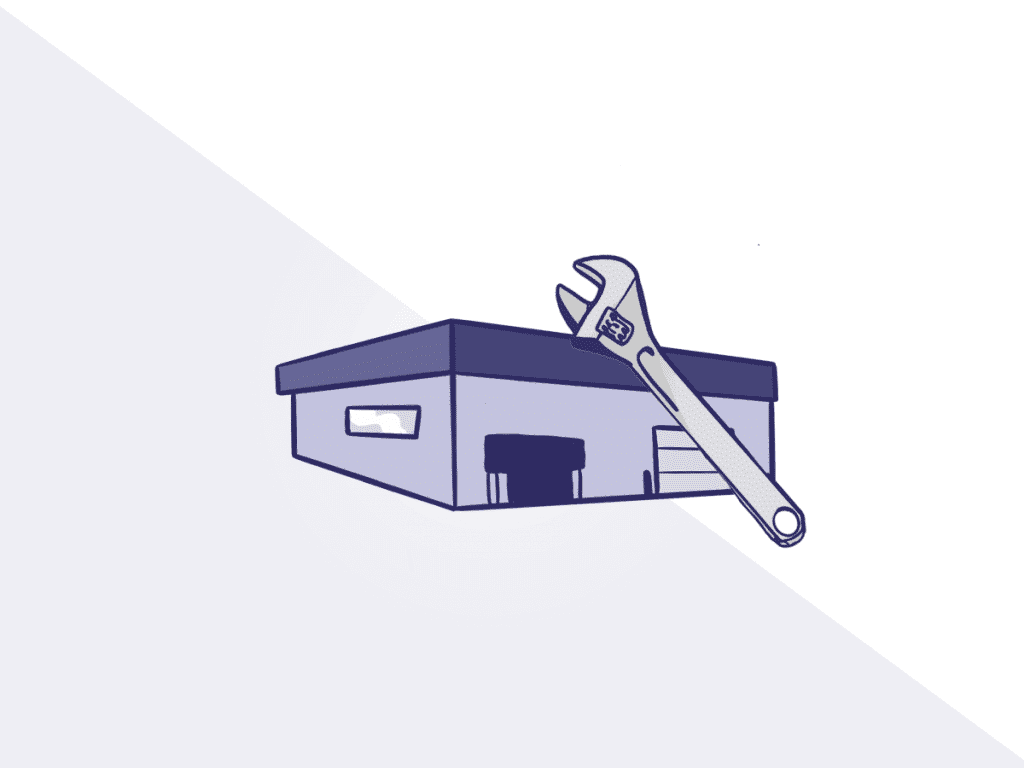 There are some car repair jobs you should leave to the experts.

Here at FIXD, we’re big fans of empowering you to do your own DIY auto repair. But while some jobs are cheaper and easier to do yourself, there are some that you should really just leave to the professionals. Either they require specialized equipment, the consequences of doing it wrong are disastrous, or it’s simply not worth your time and trouble when a shop can do it faster and easier. After consulting with both enthusiasts and professional mechanics, here’s our list of the top 10 auto repairs jobs to outsource. 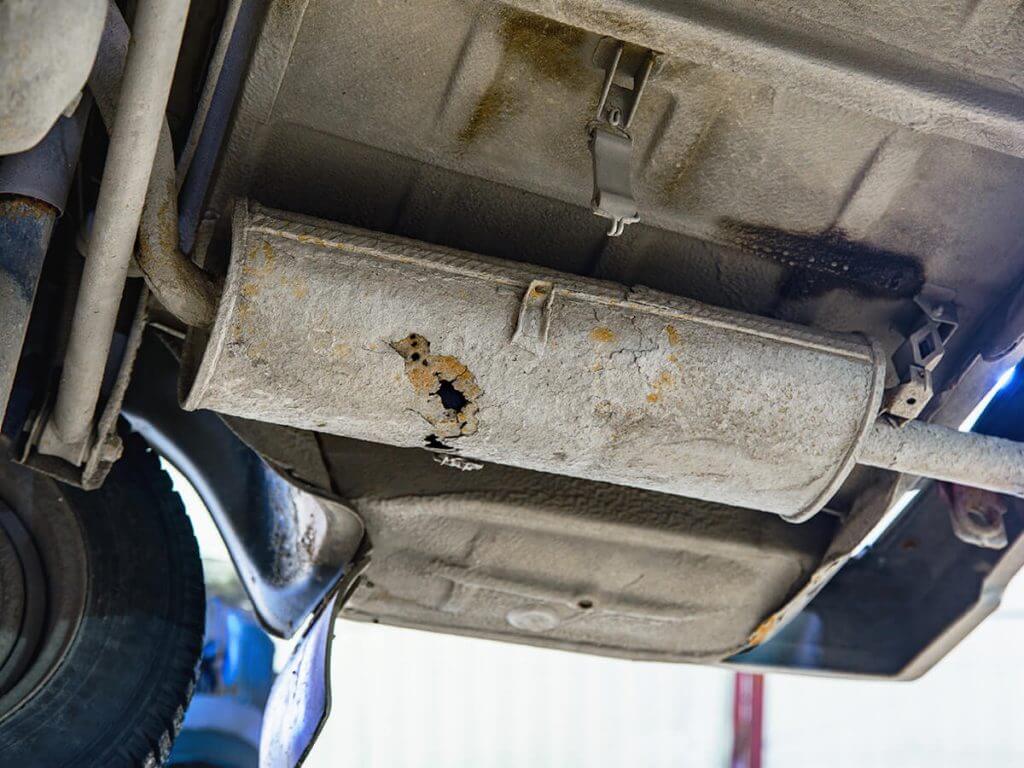 Exhaust work doesn’t seem that difficult at first. A DIY auto repair hobbyist could do it themselves, and I have at times. Particularly in the rust belt, however, it can be extremely tricky to remove the old exhaust without breaking something important. A simple repair can turn into a major ordeal if you break the exhaust manifold studs, for example, because now you have to remove what’s left of the stud from the head of your engine.

Welding is also frequently involved with exhaust repair, and many shadetree mechanics don’t have a welder or know how to use it. Good welders often require a special 220-volt outlet in your garage, something many DIYers don’t have handy.

Finally, it’s so much easier to work on exhaust with the car high off the ground. A lift will do that, while jack stands do not. So while you may be able to clamp a new muffler on, it’s usually best to let someone else do the dirty work on your exhaust system. 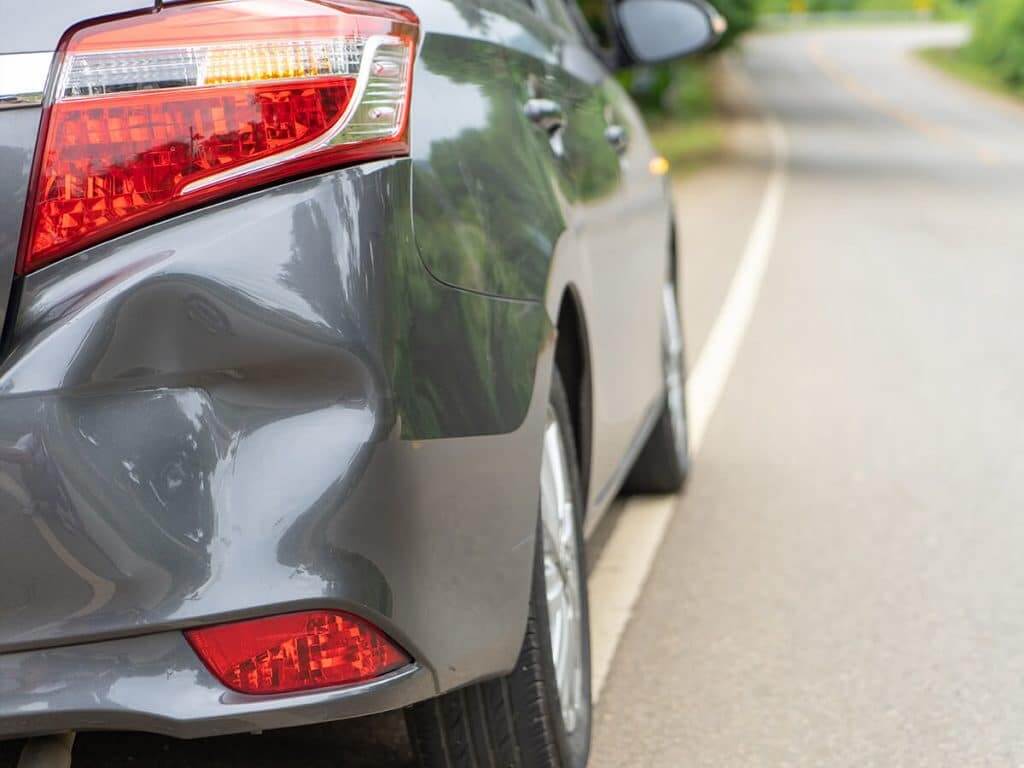 Here’s another one that you could do yourself, but a pro can do it much better. While some replacement body parts are cheap, it’s unlikely you’ll get a decent paint job at home that will match the rest of your car. Rust repair is tedious, time-consuming, and you’re unlikely to get satisfactory results. If you’re repairing crash damage, you should definitely have a shop do it because there may be hidden damage underneath what you can see, and they know what to look for. If insurance is footing the bill, definitely leave it to a pro. That’s what they’re paying for.

Quality bodywork is more an art than a science. You wouldn’t have a rocket scientist paint your portrait, no matter how good they are at putting satellites into orbit. Swapping parts is one thing, but it takes an automotive artist to make your car look like it’s never been damaged in the first place. 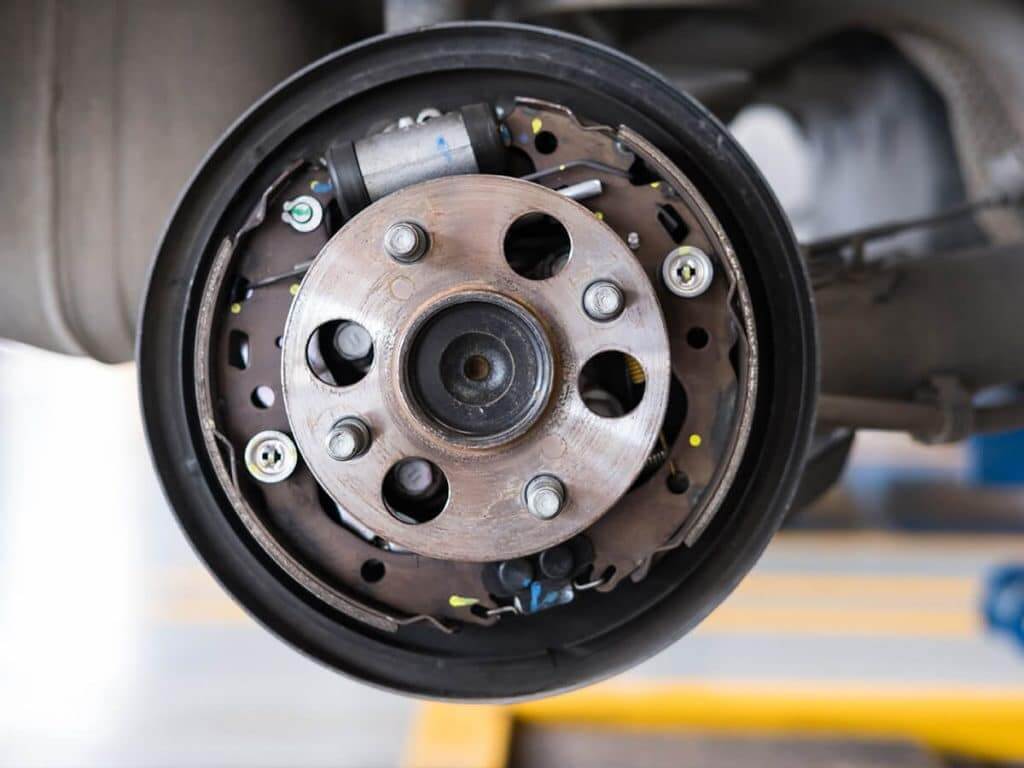 This is another job that seems easy, but isn’t. Wheel bearings are often pressed into place, which requires a big hydraulic press that you probably don’t have. And once again, on cars that live in the rust belt, it’s likely that the bearing has molecularly bonded with the rest of your car through layers and layers of rust. It’s possible to beat it with a hammer and remove it without breaking other things, but why take the chance and put yourself through that hassle? 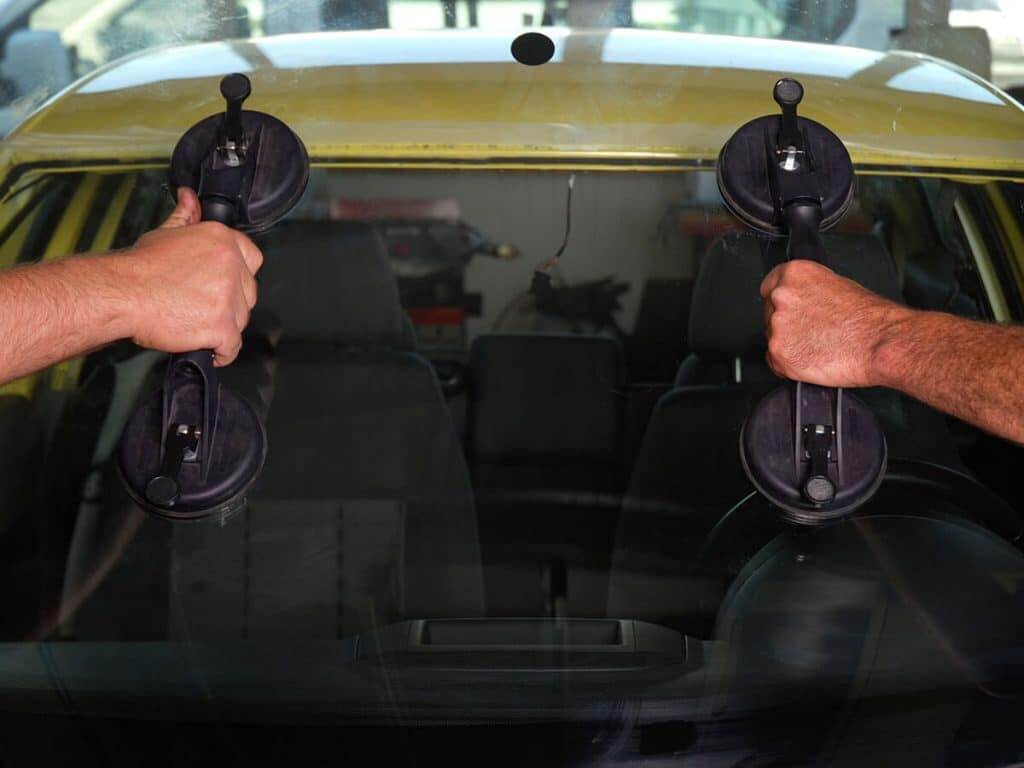 I’ve done this once, and it’s a dirty, messy DIY auto repair job. You absolutely have to get it right, or water could leak through the window and into your car. You only get one shot to install a piece of glass correctly. After the adhesive dries, it’s in there for good. Any attempt to remove it risks breaking the glass. One time was enough for me. I’ll be having someone who’s trained and knows what they’re doing take care of this in the future. 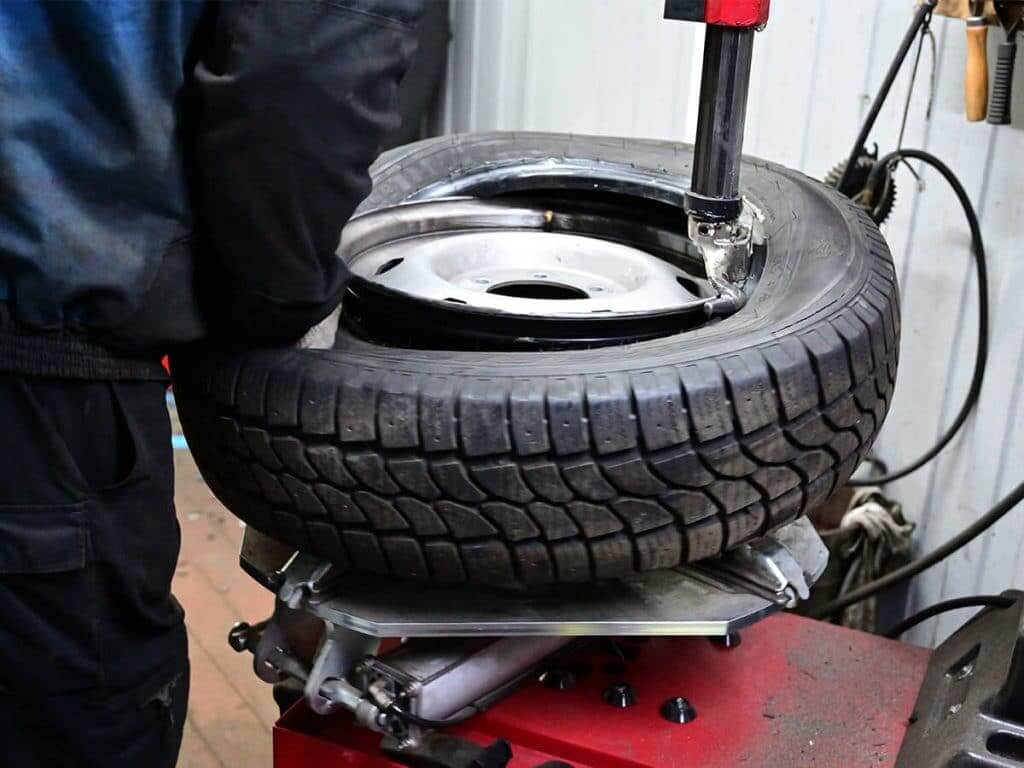 While sometimes you can mount and balance your own motorcycle tires, you don’t want to mess around when it comes to car tires. Modern tires are stiff, strong, and require a great deal of precisely applied force to install on a wheel without damaging anything. The machines that shops have to do this work quite well for this, and few of us have these kicking around our garage.

Balancing is just as important. A gram or two of weight here and there can make all the difference between a smooth ride or feeling like you’re driving on square tires. Again, shops have the expensive machines to do this right. As infrequently as you change tires, it’s not worth spending the money on the equipment to do it yourself. Shops mount and balance tires all the time, so it’s worth their investment. 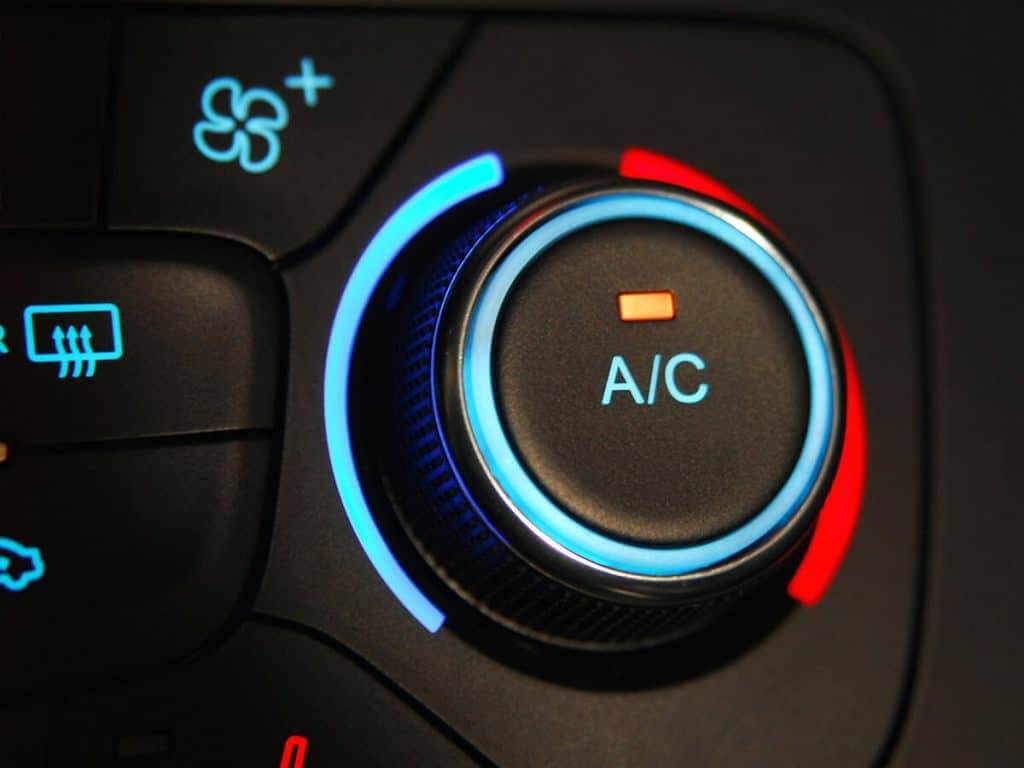 If your air conditioning doesn’t work, it’s super simple to try and recharge it yourself. If that doesn’t work, though, it’s best to leave the repair to a professional. Not only are there the usual components to diagnose, remove, and replace, there’s also the additional issue of capturing the refrigerant in the system so that it doesn’t escape into the air and become an environmental hazard. A shop that handles AC repair will have all of the specialized equipment required to do this. 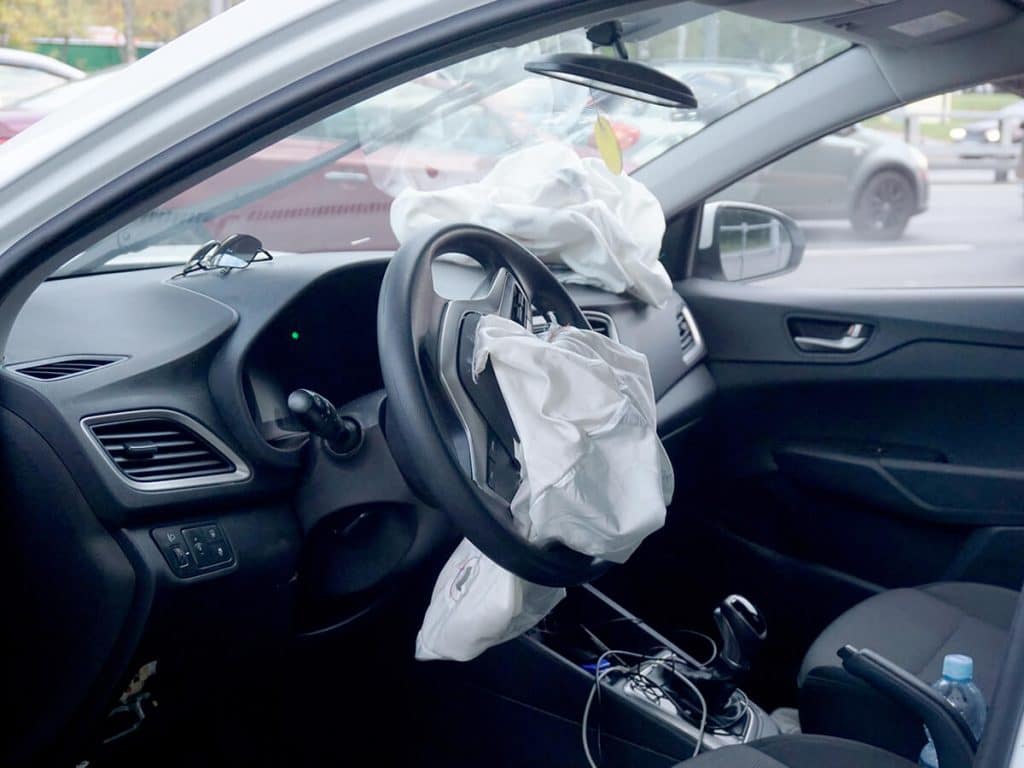 If your airbags have gone off, you have even bigger problems. Still, this is yet another job to leave to the pros. There are all kinds of tricky sensors and electronics that tell the airbags when to go off. Accidentally shorting any of these circuits out could trigger them accidentally. If any solid objects, including your body, are in the way when that happens, you’re going to have a bad day. Similar to firearm safety, assume it’s always loaded and can go off at any time. If it’s where the factory or a trained professional installed it, it’s safe, but don’t go messing around with it. 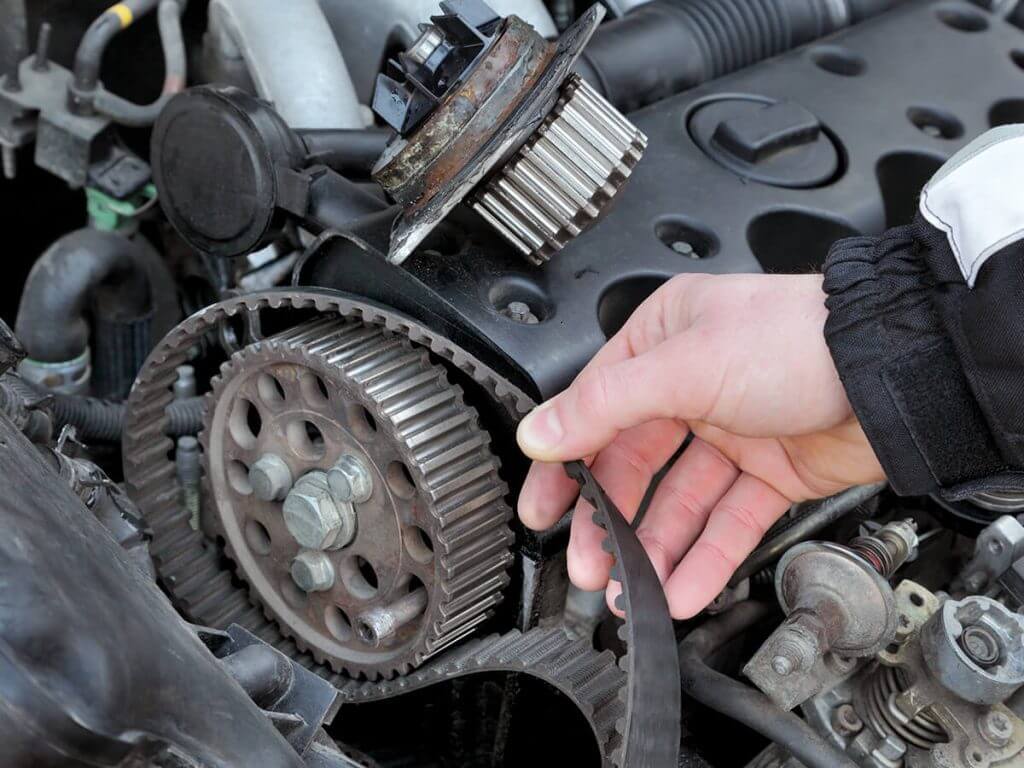 A serpentine belt can be fairly simple for a DIY auto repair enthusiast to replace, but a timing belt is a different story. This belt is nestled inside your engine. It connects the crankshaft to the camshafts, and as the name implies, it controls the timing of your valves’ opening and closing to the up-and-down movement of the pistons. This relationship is critical to the operation of your engine. If this timing is not set exactly right, at best your engine will run quite poorly. At worst, it won’t run at all, and your pistons might smash into the valves that are open when they’re not supposed to be. You’re looking at a full engine rebuild or replacement if that happens.

The timing belt is also located deep inside the engine, not easily accessible on the outside like the serpentine belt. You need to remove covers and sometimes components to reach the belt. The crank pulley may have to come off, which can require a special tool. Because of the complexity of this job and how important it is to get it right the first time, this is definitely one to leave to the professionals. 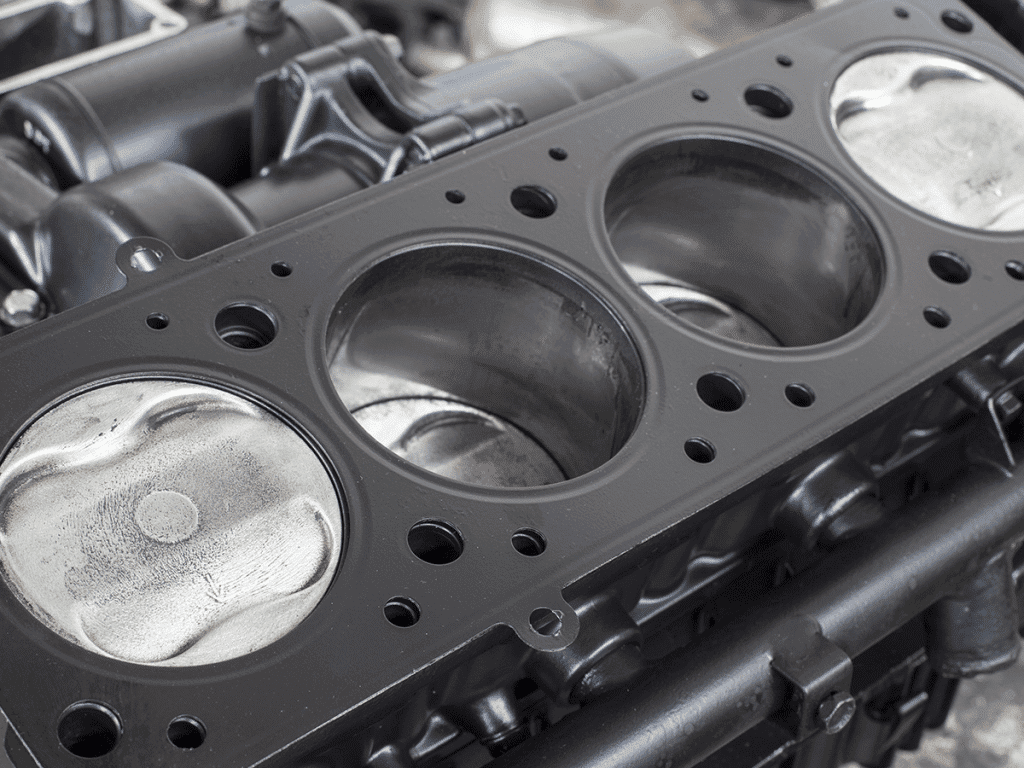 The top of your engine is usually a separate piece or two from the bottom. A gasket sits between them to ensure that oil and coolant stay where they belong, and don’t leak or mix. If these gaskets fail, they need to be replaced, which involves removing the head. It’s even more work than replacing the timing belt, which is itself only one part of this job. Replacing the head gaskets is literally separating major components of your engine from each other, and this repair is much too complex for the average DIYer to attempt on their own.

This is particularly true of Subarus. Certain years have notoriously unreliable head gaskets that like springing leaks. To make matters worse, Subarus have two heads, despite only being a four-cylinder engine. This means twice the chance that one will fail, as well as double the work of replacing both of them. If one fails, the other is likely not far behind. 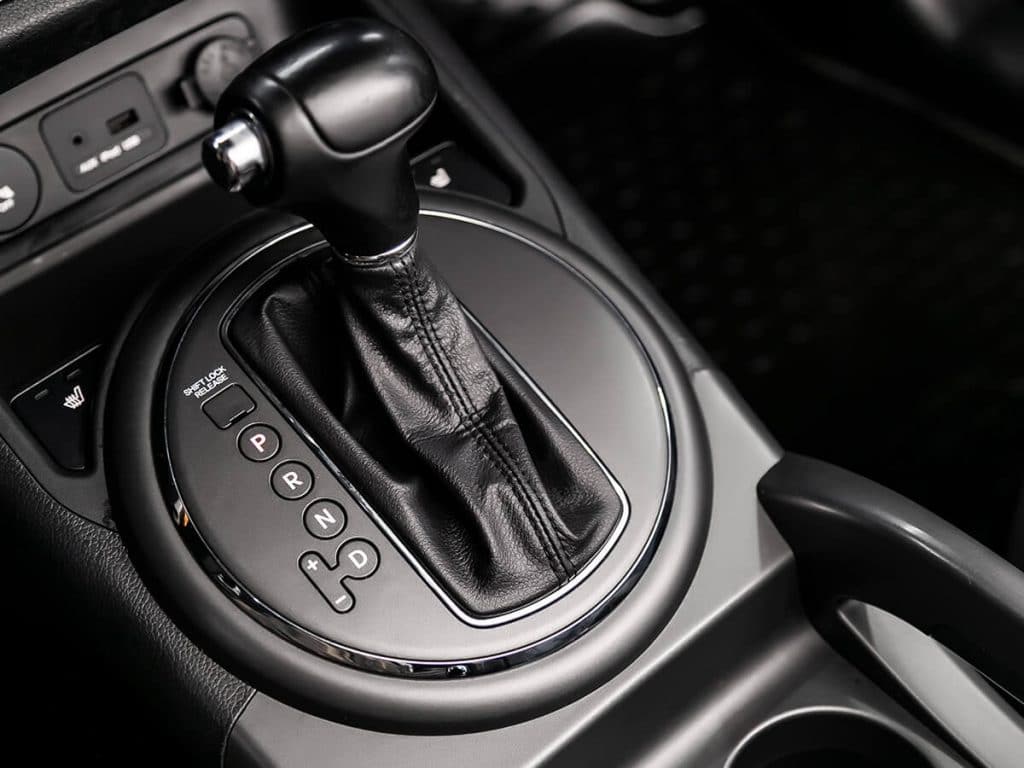 Engines are complicated, but they don’t fail very often. Automatic transmissions, however, which comprise nearly all new vehicles sold in the US today, have a limited lifespan. They are extremely complex machines, which means there are many ways they can break down. Whether a fluid-filled automatic or a more modern CVT, repairing one of these is pretty much rocket surgery. If yours fails, leave it to the rocket surgeon to either repair or replace it.

Unless you aspire to become a professional mechanic yourself, there is no need for you to learn all there is to know about fixing and maintaining your own car. It’s always good to have a basic idea of how things work. That’s what the FIXD scanner and app are for. Some jobs, though, are just too big for the DIY auto repair hobbyist. That’s when it pays to take it to a pro who can do it right the first time. The FIXD app can refer you to a RepairPal certified shop that you can trust. Sometimes it’s worth spending the extra money to have that peace of mind.