Most states allow auto loan lenders to charge a prepayment penalty to recoup lost revenue from interest. While some states have laws against these penalties on mortgages, auto loans are often a gray area. Reviewing your loan contract is the best way to avoid these penalties. 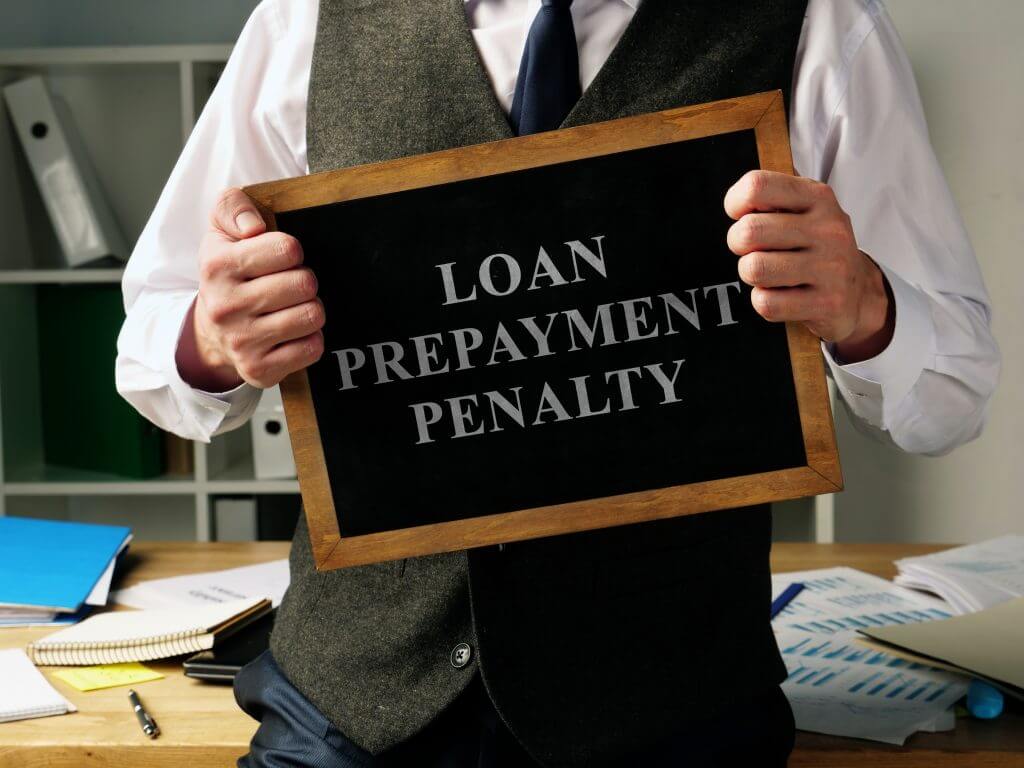 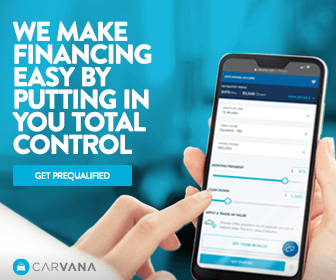 Prequalify for auto loans in 2 minutes

When the vehicle payoff letter appears in the mail, it’s one of the best feelings for car owners. It’s proof that you can finally cross those monthly auto loan payments off of your list, and get the title to your car in your own name.

However, if you paid off your vehicle loan earlier than expected, it may not be such great news for the lender.

Paying a loan off early reduces the amount of interest the lender gets to collect. To discourage you from doing so or to profit in the event that you do choose to pay your loan off early, some lenders will charge an auto loan prepayment penalty.

Most states allow lenders to charge a prepayment penalty, and lenders may choose not to impose prepayment penalties on their loans. However, our research shows that several online sources indicate that certain states prohibit lenders from charging prepayment penalties on auto loans. These sources don’t specify exactly which states have laws against prepayment penalties. For this reason – as well as the possibility that your bank is federally-regulated and state laws might not apply – you should always look to the terms of your loan contract for the most accurate answer. If the terms aren’t clear or if you have additional questions, consult an attorney with experience in consumer loans.

Which states allow lenders to charge a penalty for paying loans back earlier than expected?

To further complicate matters, some laws may prohibit prepayment penalties for loans held by certain banks. For example, a particular state may ban prepayment penalties on all loans issued by state-run banks or credit unions, though that same law might not apply to private lenders.

Lending regulations can be complicated, so it’s important to research the laws in your state, review the contract before signing, and be on the lookout for any language in the loan agreement that might point toward a prepayment penalty.

How do I know if my auto loan has a prepayment penalty?

The fastest way to determine if your auto loan has a prepayment penalty is to look at the loan agreement you signed when you took out the car loan. Read through the entire contract, including the fine print, and if your lender charges a prepayment penalty, it will be spelled out in writing.

Sometimes, less honest lenders won’t state that there’s a prepayment penalty but will instead structure a loan to prevent you from saving money on interest charges when you pay off your loan early.

When reviewing your auto loan contract, look for terms like “precomputed loans,” “Rule of 78,” or “percentage penalties” to find out if your lender might reprimand you for paying off your loan early.

If the loan doesn’t have this exact terminology, look for any language in the contract that appears to penalize you for paying early. Don’t be afraid to ask the car dealer or lender if you’re unsure.

As long as the auto lender follows the Truth In Lending Act (TILA), this information should be clearly available in the auto loan paperwork. This also protects lenders in case you try to back out of this agreement later.

How do I avoid prepayment penalties?

When shopping for a loan, look for lenders who don’t charge prepayment penalties.

Before agreeing to loan terms, have a reasonable idea of your future income. If you can pay the loan off earlier with your current salary, don’t agree to a lengthier car loan just because the monthly payments are lower. The interest rates would undoubtedly be higher.

Also, if you think the loan’s annual percentage rate (APR) is too high in the long run, opt out. Save more money ahead of time. Buy the car at a later date with more affordable monthly payments and a better debt-to-income ratio.

Why don’t lenders want you to pay back your loan early?

Lenders are in the business of making money. For car loans, those profits come from interest. If a car buyer chooses a 72-month auto loan but pays the loan back in 48 months, the lender will have lost 24 months’ worth of interest, which could represent a few thousand dollars in profit.

When lenders issue loans, they’re counting on the profit they make by charging you interest. When you pay back your loan they have to go issue another loan and charge a new borrower interest to make up for it.

How much does the typical prepayment penalty cost?

There is no set amount that all auto lenders charge nationwide. For lenders who charge a set percentage fee, 2% of the remaining loan balance is common.

Are there sections of the loan you can pay earlier than others?

While auto lenders want profitable deals, they may be willing to negotiate on how early the principal or interest can be paid. If you make it clear that you will not accept the original terms in order to buy the car, pre-signing is when you hold the highest leverage to reevaluate the contract.

Chase Auto does not charge a prepayment penalty on its loans.

Bank of America does not charge a prepayment penalty on the auto loans it services.

Are prepayment penalties legal in California?

California Financing Law prohibits lenders from charging prepayment penalties on all consumer loans except those secured by real property.

What if I happen to earn extra income after buying the car?

While it’s very possible for borrowers to enjoy a salary increase or bump in compensation, some auto lenders may still be suspicious of the uptick in income. Lenders may wonder if you are car flipping—buying a car for one price (often online), selling it for a profit, then paying it off noticeably early.

Although there are a number of reasons why car buyers may run into extra money (ex. family loans, completing payments on other large bills, moving and having lower rent or mortgage rates), lenders still depend on that interest. Auto refinancing may be the only other option.

Can I use the Federal Trade Commission’s “Cooling Off Period” to avoid prepayment penalties?

Automobiles, vans, trucks, or other motor vehicles (including cars sold at auctions, tent sales, or other temporary places of business) do not qualify for this 72-hour return option. The “Cooling Off Period” only applies to sales reps personally soliciting customers for consumer goods or services.

While the occasional dealer may be willing to negotiate, as long as another car is purchased in place of the first one or a new deal with a different prepayment rate can be made, it’s rare for a lender to let you out of the contract altogether

By now, you may be wondering if it’s still worth getting a car loan while you’re at risk of prepayment penalties. Even if you have to pay a prepayment penalty of 2%, the interest savings from paying off your loan early will likely outweigh the cost of the prepayment penalty. Let’s look at a real-world scenario.

Say you have a $10,000 balance and two years remaining on your loan, along with a 3% interest rate. You’re trying to decide if it makes more sense to pay off your loan early – which comes with a prepayment penalty – or if you should just stick to your regular payment schedule.

If you pay off your loan today and pay a 2% fee, you’ll owe your lender $200. If you choose to keep your loan and just pay your regular installments over the next 24 months, you’ll end up paying a total of $315 and change in interest charges. Which one should you choose? That’s up to you. Paying off your loan today means you save a little bit of money on interest charges, but if you need the cash for something, you might not have it available. Use our auto loan calculator to test out different scenarios to determine whether it’s worth it for you to pay off your car loan early.

Consumer Financial Protection Bureau. (2020, August 28). Can I prepay my loan at any time without penalty?

National Archives Code of Federal Regulations. (1995, October 20). Part 429 – Rule Concerning Cooling-off Period for Sales Made at Homes or at Certain Other Locations.

Section 56: Mortgage notes; provisions for prepayment. (n.d.). The 192nd General Court of the Commonwealth of Massachusetts

Shamontiel L. Vaughn has been in the publishing industry for 17 years as a newspaper reporter, a web editor, social media specialist and a print editor. Her areas of expertise include K-12 and adult education textbooks; local and nationwide news; and health news. She’s also completed approximately 235 interviews in a variety of areas, including business management; entertainment; internet technology; law (entertainment, business and real estate); nursing; and travel. Some of her bylines can be found in the Chicago Defender, Chicago Tribune and CBS Chicago. 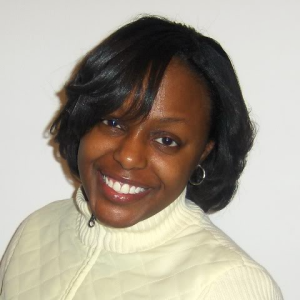 Shamontiel L. Vaughn has been in the publishing industry for 17 years as a newspaper reporter, a web editor, social media specialist and a print editor. Her areas of expertise include K-12 and adult education textbooks; local and nationwide news; and health news. She's also completed approximately 235 interviews in a variety of areas, including business management; entertainment; internet technology; law (entertainment, business and real estate); nursing; and travel. Some of her bylines can be found in the Chicago Defender, Chicago Tribune and CBS Chicago.

Prequalify for auto loans in 2 minutes