Honda Hood Latch Recall: Everything You Need To Know

American Honda Motor Company issued a recall in November 2021 for a potentially defective latch that could cause the hood to open unexpectedly on certain vehicles while in motion. This affects the owners of almost 725,000 2019 Passport, 2016–2019 Pilot, and 2017–2020 Ridgeline models.

The last thing car owners think about is their vehicle’s hood. What is there to worry about? It opens and closes; that’s about it. Usually. But those with certain Hondas may want to pay attention to their car’s hood latch, as it can open without warning.

After hood latch troubles started appearing in the Honda Ridgeline pickup in 2016, the automaker spent several years researching the issue. It was an essential effort, as this truck shares components with the Passport and Pilot crossovers.

Fast-forward to 2021, Honda determined the hood latch issue required a recall. Given the relative newness of the situation, some owners may not be on top of things yet. Or, heaven forbid, choose to ignore the official notice sent to them in the mail. So, here’s an overview of the Honda hood latch recall. We’ll explore the core of the matter, including recall and how to get your affected Honda Passport, Pilot, or Ridgeline fixed.

Honda research showed that an abnormal gap between the hood and the upper grille allows excess air to enter the engine compartment. Over time, the extreme airflow and resulting vibration may cause the hood striker (part of the locking mechanism) to fail, causing the hood to open when the vehicle is in motion.

While no injuries have been reported (as of the recall date) due to the defect, Honda issued a recall in cooperation with the National Highway Traffic Safety Administration (NHTSA). Here are the details.

Unlike some recalls that may only involve select vehicles, this Honda recall involves 100% of the production for these models and model years.

The origin of Honda’s hood latch issues dates back to 2016 when the company was developing the second-generation Ridgeline. During prototype testing, Honda engineers noticed stress fractures on the hood latch striker. Adhesive was applied to this component to correct this problem, a step that was later added to the production process.

According to documents filed with NHTSA, the automaker began receiving complaints in 2017 about trouble with the hood (vibrations, noises, and looseness). A technical service bulletin (#17-083) was issued later that year as a dealer advisory about the matter.

By 2019, Honda noticed that the forthcoming Passport model was susceptible to similar hood latch issues and updated production techniques to address the problem, including for the Pilot and Ridgeline models. Over the next two years, Honda continued investigating and testing the hood latch strikers in these vehicles. At the same time, several updates were made to the technical service bulletin with additional instructions to the company’s dealer network.

On November 19, 2021, Honda determined that the hood latch issue affected vehicle safety and decided a recall was necessary. The recall notice was officially filed with NHTSA ten days later, on November 29.

Automakers provide instructions about vehicle problems in two ways: a technical service bulletin (TSB)—Honda calls them “Service Bulletins”—and recalls. TSBs are commonplace in the industry, given the complexity of modern vehicles.

Because most consumers are unaware of TSBs, these notices are referred to as hidden or secret recalls. In addition, a TSB doesn’t have the legal force of a recall, so there may be a charge for the suggested repairs.

On the other hand, a vehicle recall is a legal process overseen by NHTSA with specific procedures and requirements, including that any repair costs are the manufacturer’s responsibility.

It’s common for a technical service bulletin to lead to a recall. For instance, Honda issued its first TSB about the hood latch issue four years before announcing a recall. Automakers are reluctant to conduct a recall because of the expense involved. Sometimes, they simply drag their feet, or extensive testing is needed to confirm the necessity of a recall.

Occasionally, a manufacturer may issue a warranty extension that protects a specific component or system. But Honda has yet to do so in the case of the hood latch problem. In fact, some of the affected vehicles are new enough to be covered by the original Honda bumper-to-bumper warranty.

Getting a Honda Hood Latch Fixed

It’s always a wise idea to have recall repair conducted as soon as possible, as these matters involve safety issues, with some being more serious than others. With the Honda hood latch recall, no one wants the surprise of being behind the wheel when the hood opens suddenly. Owners of affected Hondas can check the recall section of the NHTSA and Honda websites to see if recall repairs have already been done. This is also advisable for those considering buying a second-hand Passport, Pilot, or Ridgeline from the affected model years.

For Hondas that have yet to receive a hood latch recall repair, owners should pay attention to a hood that rattles or shakes as a sign of a brewing problem. You may also notice that the hood is misaligned or ajar.

Registered owners of the affected vehicles should have received a mailed notice in early 2022 from Honda with instructions. Otherwise, contact a Honda retailer to arrange for a recall repair. You’ll be asked to provide your contact information or vehicle identification number to verify repair eligibility. The fix involves replacing the striker support plate or possibly the entire hood—repairs are determined by the dealer. There is no charge for recall services, and owners who may have previously paid for related repairs are eligible for reimbursement.

What Honda vehicles are affected by the recall?

Select Honda Passport, Pilot, and Ridgeline vehicles are subject to the recall. Owners (and those thinking about buying one of these Hondas can confirm the recall status at the NHTSA website or the Honda Recall Lookup website.

What Honda model years are being recalled for a defective hood latch?

Is there an expiration date for Honda vehicle recalls?

Automakers are only legally required to provide no-charge recall-related repairs for cars up to 15 years old. Specifically, NHTSA states, “In order to be eligible for a free remedy, the vehicle cannot be more than 15 years old on the date the defect or noncompliance is determined.” The vehicle age countdown starts on the when-new purchase date.

Is there a cost to repair a Honda under a recall?

A dealer may not charge for any repairs relating to an official and valid recall. In some cases, and depending on the complexity of the work, the dealer may provide a complimentary vehicle loaner or reimbursement for alternate transportation.

Can a dealer charge for repairing a car under an older recall?

A dealer is permitted to charge for related repairs after an official recall has expired. However, it’s always advisable to ask for a waiver or discount for these costs in this situation. The dealer may need to contact the manufacturer for approval.

Can a dealer refuse to make recall repairs?

Technically, a dealer can’t refuse to perform recall repairs, but there can be several reasons this work can’t be handled immediately. It’s not unusual for there to be a delay with replacement parts, and large numbers of recalled vehicles can swamp a dealer’s service department. In addition, service technicians may need to undergo specialized training before they can begin making recall repairs

Can problems occur if you fail to make recall repairs?

Recalls should be looked after as soon as possible. A repair delay can make the car more vulnerable to the safety issue that the recall is trying to correct. In the case of the Honda hood latch recall, a delay means a greater likelihood of the hood popping open while driving and causing an accident. If you wait too long the recall may expire and you’ll be stuck paying for the repair out of pocket. 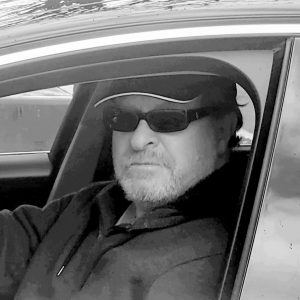