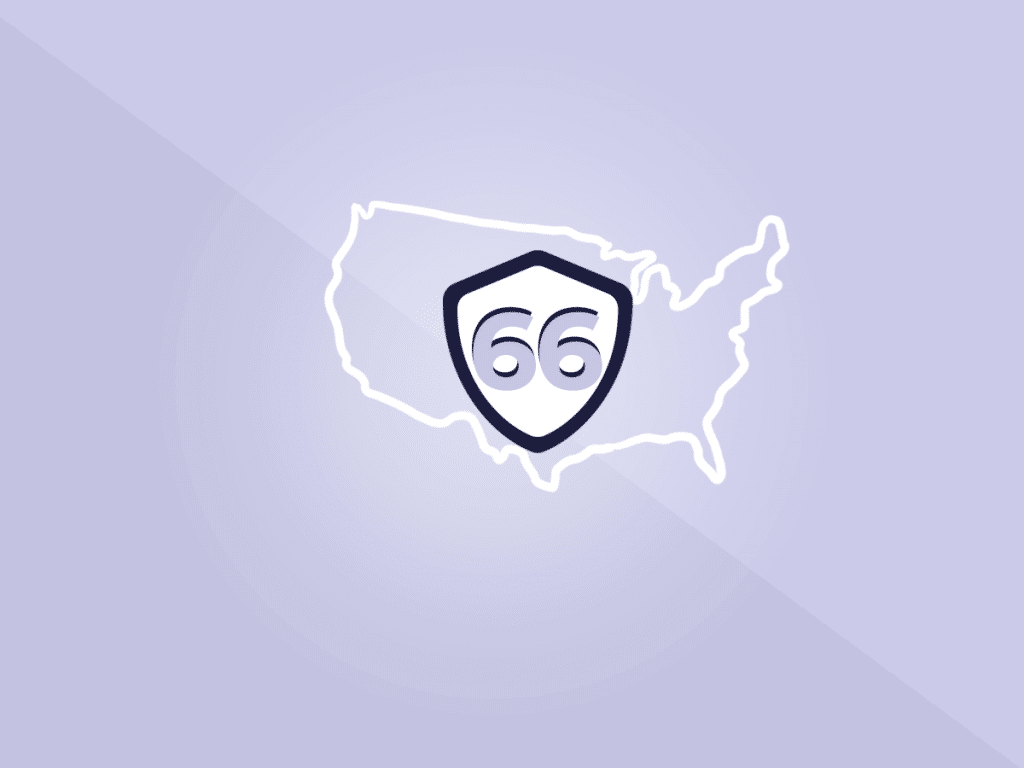 This highway played a major role in developing America as we know it today.

The Mother Road. The Main Street of America. The Will Rogers Highway. It has many names, but they all refer to US Route 66, which ran 2,448 miles from Chicago, Illinois, all the way to Santa Monica, California. From midwestern farmers fleeing the Dust Bowl to its tourism heyday in the 1950s and 1960s, Route 66 has left an indelible mark on American history. Even though the modern Interstate highway system has functionally replaced it, preservation efforts have ensured that we will always remember Route 66. In many places, we can still drive it today.

One of the First US Highways 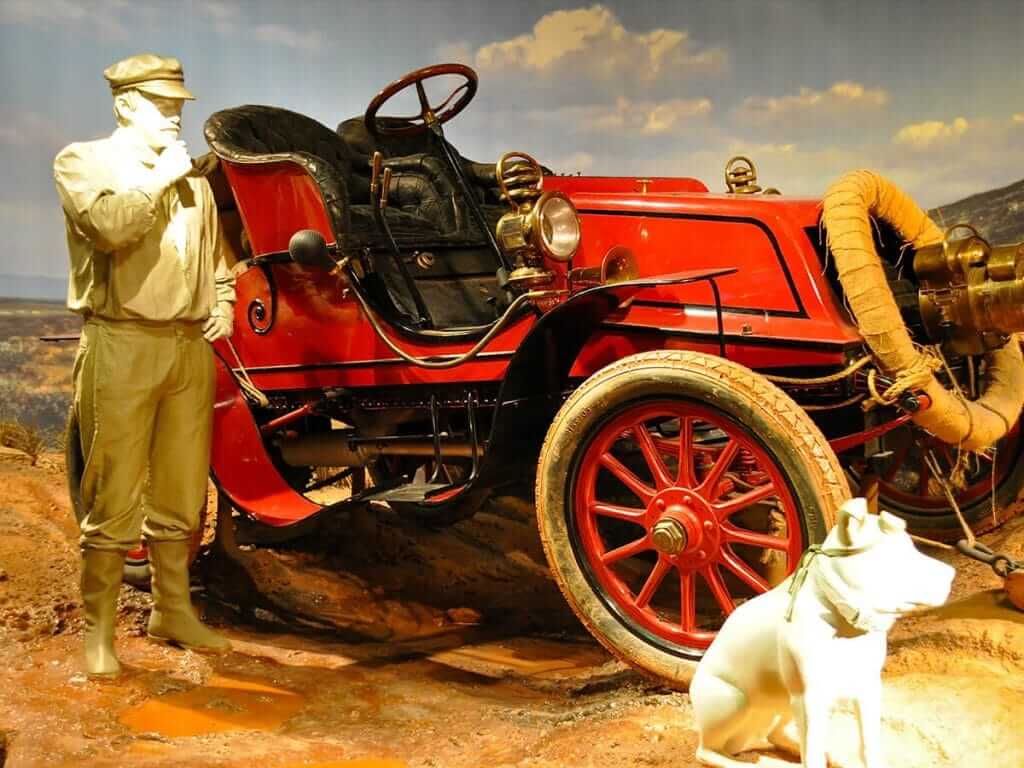 In 1903, Dr. Horatio Nelson Jackson took a $50 bet to complete the first cross-country drive. The journey took 63 days, 12 hours, and 30 minutes. Not only was there no coherent network of roads at the time, in many places roads didn’t even exist outside of cities, particularly in the west.

Private organizations were the first to build roads between major cities. The Lincoln Highway, Ozark Trail, and Lone Star Route were among these. The federal government soon saw the need for an organized, coherent plan for the country’s highways, and in the 1920s proposed a plan for a national system of numbered highways to connect America’s towns and cities. Number 66 was assigned to the proposed route from Chicago, Illinois, to Los Angeles, California. Paving of the entire route was completed in 1938.

Entrepreneurs Cyrus Avery of Tulsa, Oklahoma, and John Woodruff of Springfield, Missouri, were strong proponents of the creation of Route 66. They lobbied the federal government and strongly influenced the route itself, which, by no coincidence, ended up passing directly through their hometowns. They would continue to promote the highway for years to come, bringing business to their cities. 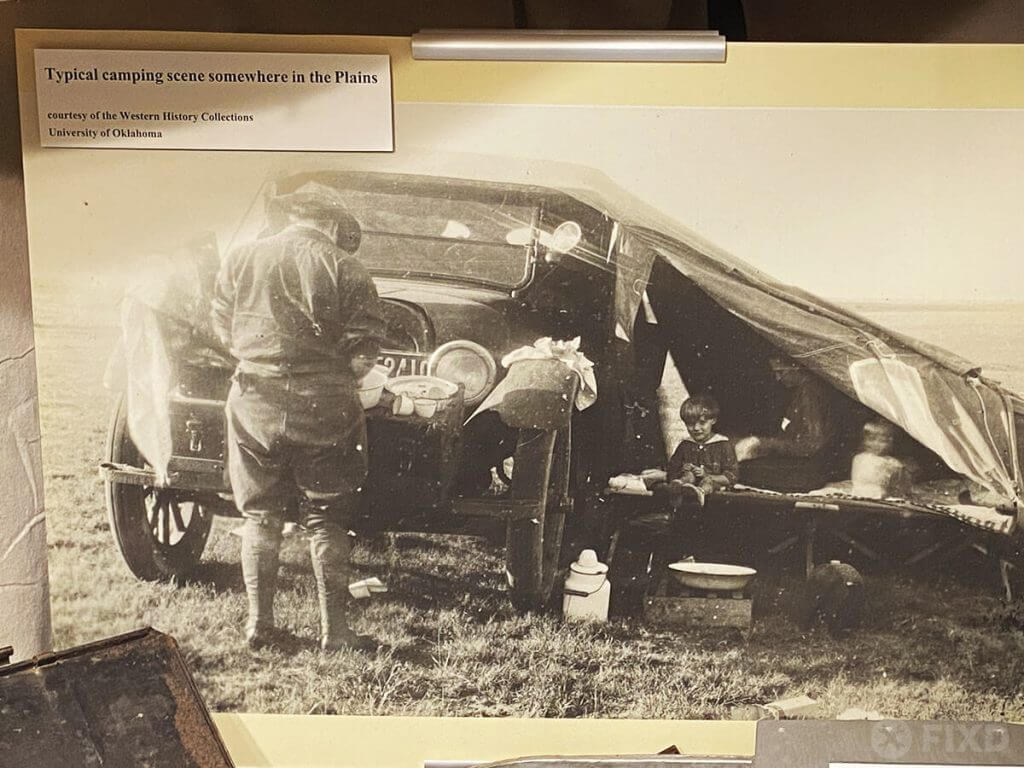 With the double whammy of the Great Depression and the Dust Bowl of the 1930s, farmers on the southern plains found themselves unable to raise crops or find other types of work. Much of the first traffic Route 66 saw were these farmers fleeing their homes and heading west, hoping to find better fortunes working for farms in California.

The road was still new at this time, without much in the way of infrastructure. While certainly easier than Horatio’s drive, families still had to pack provisions, water, and extra fuel in addition to all of their other worldly possessions. They’d often camp out along the side of the road for the night since motels did not yet exist outside of major cities. John Steinbeck wrote about the ordeals of these travelers in his famous novel The Grapes of Wrath. 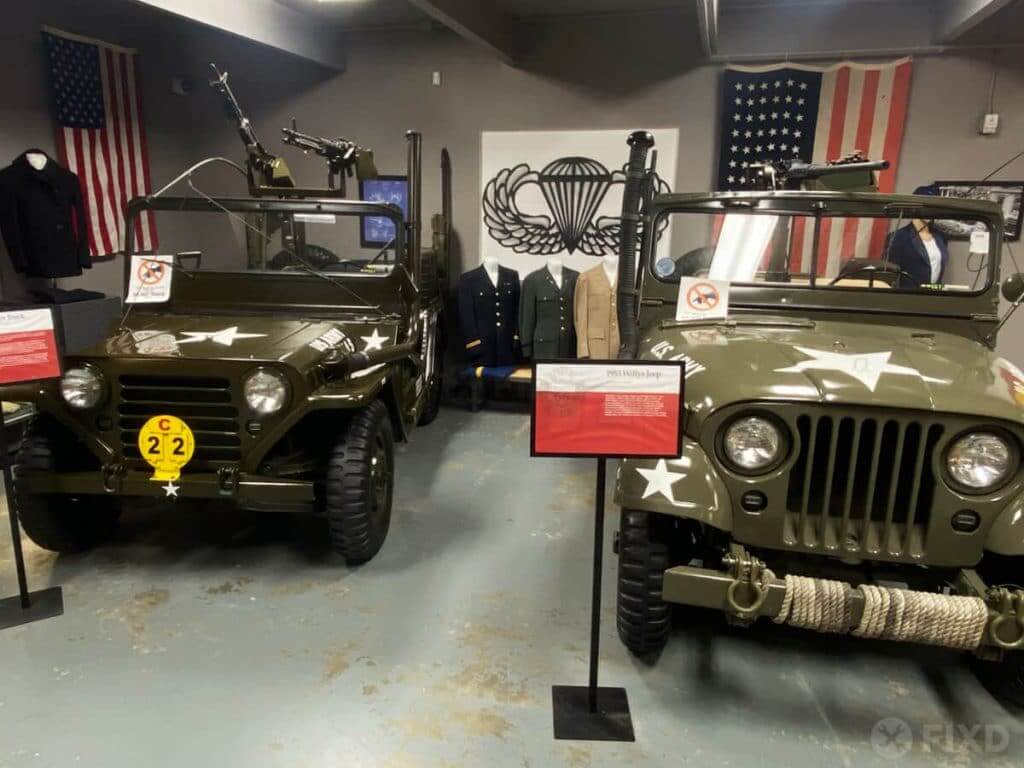 In the same way that the war stimulated America’s economy, it also stimulated the growth of Route 66. While there was far less civilian traffic, military traffic began using Route 66 as a major corridor, moving personnel and equipment around the country. More people moved to California to work in war-related industries, which were seriously taking off due to the war with Japan.

Businesses related to the war effort began to rise along Route 66 as well. Motels sprung up, enabling families to stay near service members serving at inland military bases. While working on the top-secret Manhattan Project, scientist Richard Feynman would regularly drive Route 66 between Los Alamos and Albuquerque, New Mexico, to visit his wife who was hospitalized with tuberculosis. 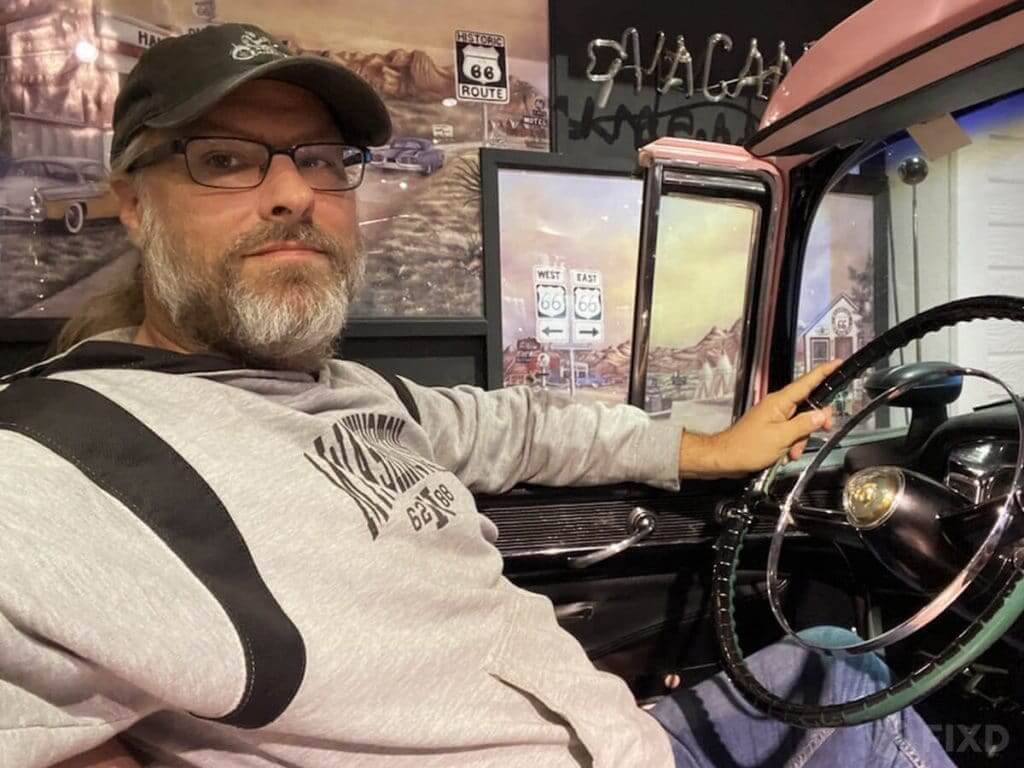 The post-war years saw the end of gas rationing and travel restrictions. The economy continued to boom, and so did car ownership. There were 25.8 million cars on the road in 1945. This number more than doubled to 52.1 million by 1955. This led to the glory days of Route 66 and the great American road trip. Bobby Troup commemorated this phenomenon in the song Get Your Kicks on Route 66, which has since been covered by artists ranging from Nat King Cole to Chuck Berry to Depeche Mode.

Los Angeles became a popular vacation destination since Route 66 made travel there so easy. It already passed near major tourist attractions such as the Painted Desert and Meteor Crater. The Grand Canyon is a 50-mile detour to the north from Williams, Arizona. More and more motels sprung up all over Route 66 to keep up with the ever-growing number of travelers.

So did other businesses catering to travelers. New restaurants cropped up everywhere. The first McDonald’s was located in San Bernardino, California, right along Route 66, and is now a museum to the fast-food giant. To this day, the Big Texan Steak Ranch in Amarillo, Texas, offers a free 72-ounce steak meal to anyone who can finish it in one hour.

Route 66 passes through many Native reservations along its route. This led them to establish gas stations and motels of their own, as well as places to sell jewelry and other curios. States that ban gambling don’t have jurisdiction over Native lands, so Native casinos are a major draw in areas that don’t otherwise have them and big money-makers for the tribes.

The constant flow of travelers inspired new tourism destinations to pop up along the way. These ranged from natural wonders like Meramec Caverns, a series of caves you can explore, to man-made places like Henry’s Rabbit Ranch, dedicated to anything related to rabbits (including Volkswagens), and Pops Soda Ranch, boasting an enormous selection of different flavored sodas. Some of these places exist just for fun, such as Uranus, Missouri, which engages in gutter-minded wordplay on its name for laughs. 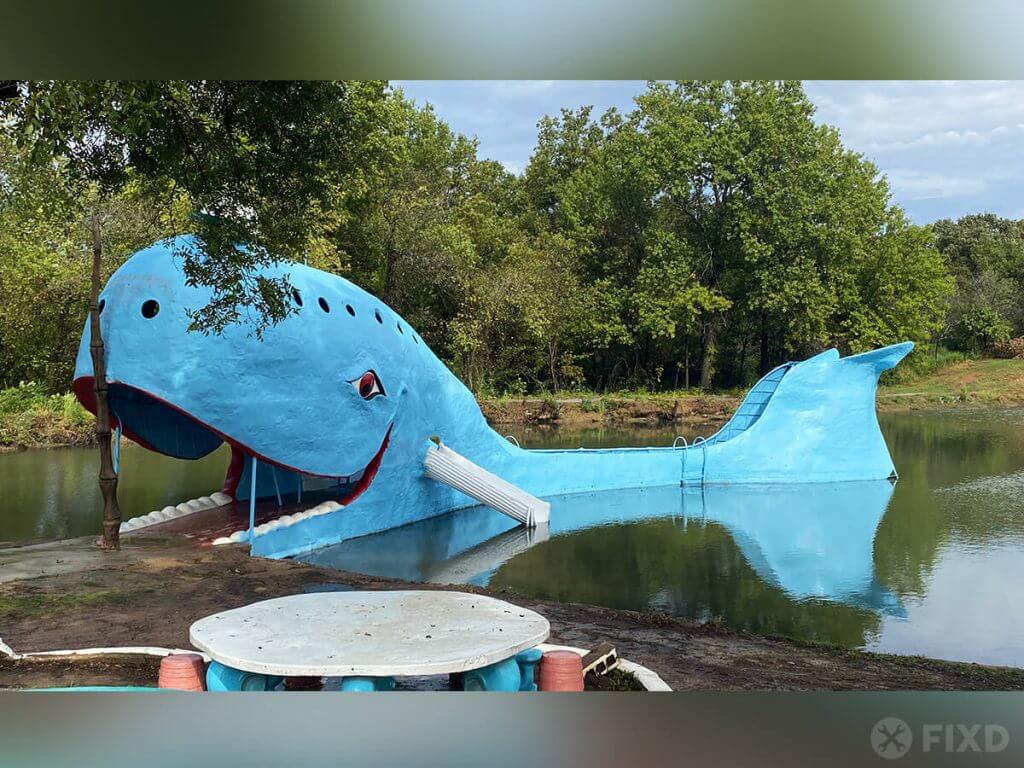 Of course, no discussion of Route 66 would be complete without mentioning the oddball tourist attractions that appear to have no rhyme or reason. The Blue Whale of Catoosa, Oklahoma, is a great example, being nowhere near where you might actually see such a whale. Joliet, Illinois, enjoys celebrating the Blues Brothers with many sights, including the Bluesmobile mounted to a pedestal, enormous loudspeaker and all. The Twin Arrows in Flagstaff, Arizona, are so large you can see them from far away, both on the original Route 66 and on modern-day Interstate 40. 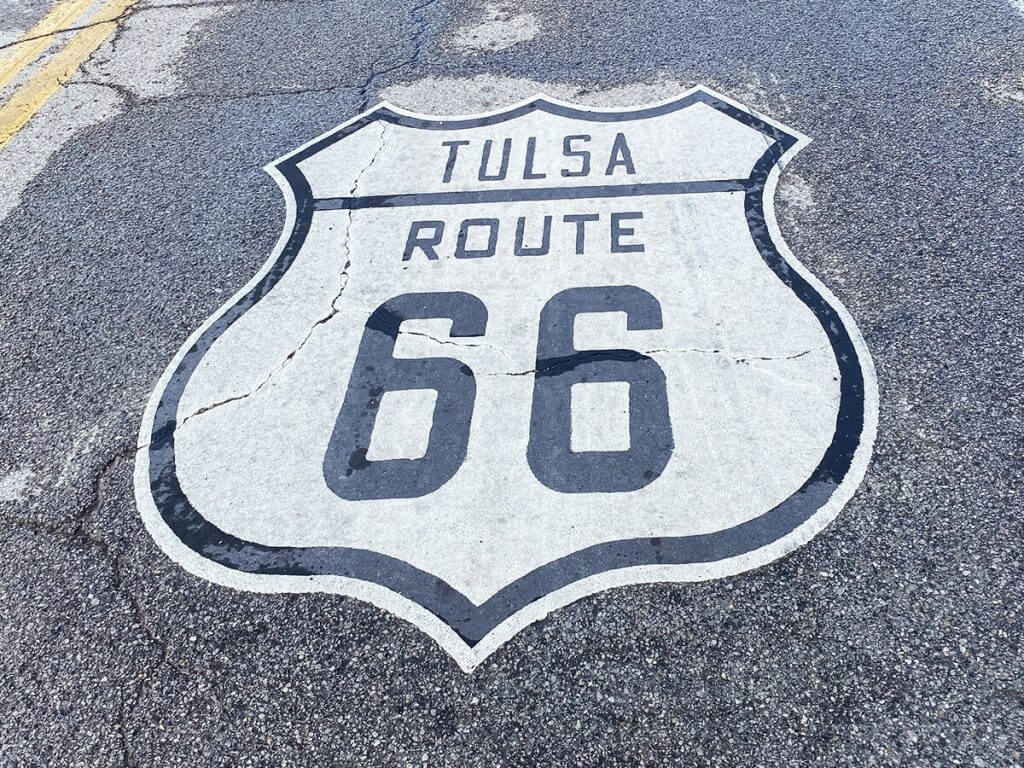 During this time, however, the writing was already on the wall for Route 66. In 1956, President Dwight D. Eisenhower signed the Interstate Highway Act, calling for and funding an even bigger, faster national highway system than the one that already existed. Eisenhower had traveled extensively before he was President. He was part of an Army convoy that struggled to travel the Lincoln Highway in 1919. He appreciated Germany’s autobahn after America’s occupation at the end of World War II. Eisenhower saw what a similar high-speed, limited-access highway system could do for America, and spearheaded the creation of one here. The Interstate Highway System was the result.

Originally planned to take 10 years to build, the Interstate system was finally declared complete on October 14, 1992, when Interstate 70 through Glenwood Canyon, Colorado, was finished. Long before then, however, traffic began diverting off older highways like Route 66 in favor of the new Interstates. Driving was much faster and easier without having to slow down for every town center, leading to hard times for towns that relied on that traffic for their livelihood.

If this story sounds familiar, it’s because it was the basis of the movie Cars. Although Radiator Springs was a fictional town, and the movie never mentions Route 66 by name, it’s absolutely the story of Route 66 and the many towns that it served. A Route 66 road trip inspired the writers of the movie, and there are numerous homages to its cast of characters all along the way.

On June 26, 1979, the American Association of State Highways and Transportation Officials accepted the recommendation to eliminate the designation of Route 66. “US 66 markings no longer served as a through-state guide to tourists, but in fact generated confusion because the route coincided with interstate designations over much of its length,” according to the National Park Service. Some of the new Interstates ran parallel to Route 66, while others replaced it entirely, making it impossible to drive the old Route 66 from coast to coast as before. The final section of US Highway 66 was decommissioned in 1985, eliminating the highway designation from official existence. 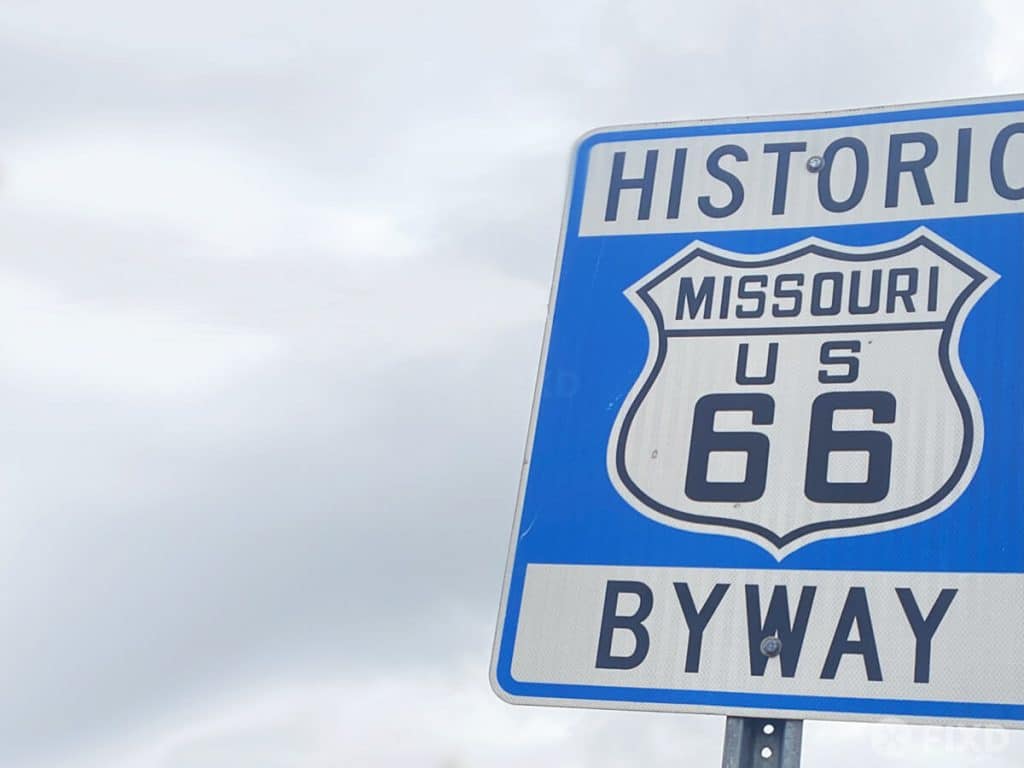 No sooner than Route 66 had officially ceased to exist did organizations arise to revive it and preserve its history. Some places adopted the number 66 on a state or local level and assigned it back to the old US highway. Organizations were formed to preserve its history. Route 66 museums sprung up all along the former route. The National Park Service has helped as well. In 2008, the World Monuments Fund listed Route 66 on its Watch List of 100 Most Endangered Sites. That’s how important this road was and is to American culture and civilization.

While it’s no longer possible to drive the entirety of old Route 66, many states have preserved sections of it, even designating roads “Historic Route 66” on top of their official labels. Thanks to these efforts, many famous landmarks and locations still exist, though some are in disrepair. Thanks to the internet and apps designed for this purpose, it’s now possible to research and drive pretty much all that still remains of Route 66 as the ultimate cross-country road trip. 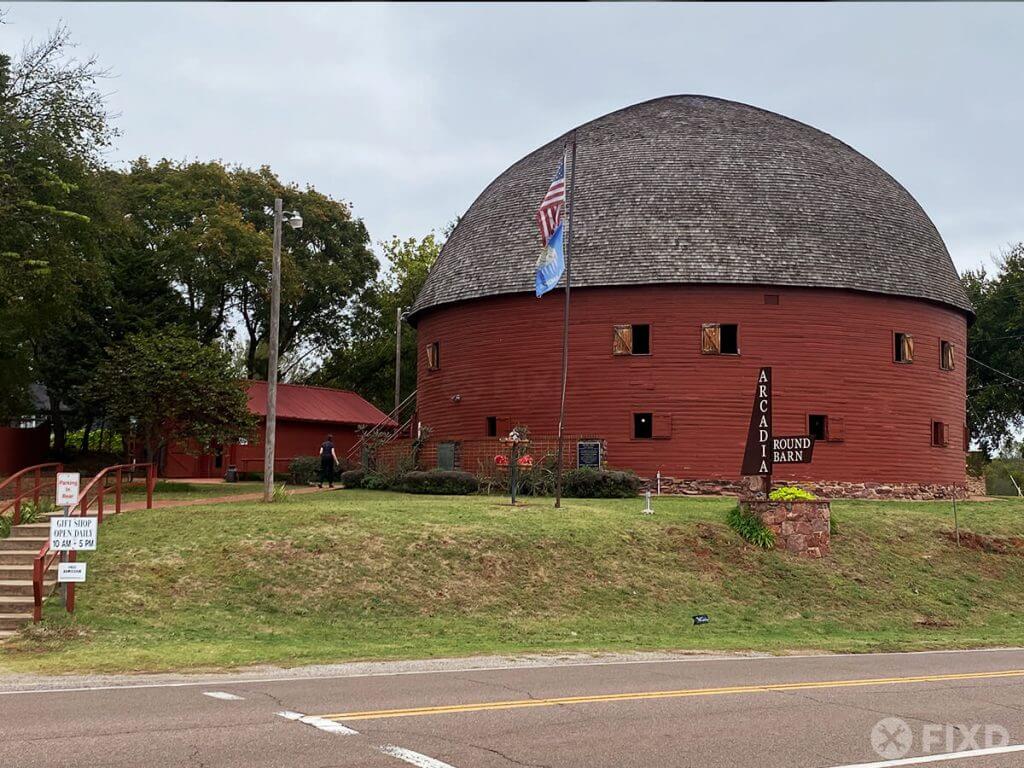 Route 66 continues to be well-preserved and appreciated at its eastern and western ends, as well as through Oklahoma. Frontage roads paralleling the Interstates often enable you to experience something more like the old Route 66 than interstate travel. Interstate 40 has pretty much overrun the old road through most of New Mexico, aside from some individually preserved sections. Not much of old 66 remains in Arizona, but Arizona Highway 66 west of Seligman follows the old route all the way to the California border, including the challenging Oatman Highway.

Many of the old Route 66 sites I’ve described here still survive. Some are alive and well today or have been restored to appear as they did in the old days. Many are still standing but shut down when the business collapsed. Others lie in ruins that you can still visit. There are also some new sites that have opened more recently, celebrating Route 66 history and embracing its spirit.

On October 1, 2021, I started my own journey traveling Route 66, traveling all the way from Illinois to California. I visited many of these places myself and will be bringing you stories of what you can expect to see when visiting Route 66 today. You don’t have to drive the whole thing as I did, but even seeing a small part of it is an important glimpse into American history that every car enthusiast or history buff should visit at some point. Stay tuned to read the tale of my epic Route 66 road trip.